My body moves by its own and jumped to the place where the monster is catching some people. I face it, make a fighting position to fight the monster. Everyone is looking at me instead of hiding to save themselves. I don't know what are they thinking, "Is this an entertainment for them?" I asked myself.

The monster hits me with its arm, it was fast and I couldn't avoid it because of surprise. The monster is strong that I got blood in my mouth and its hurting me. I wiped it with my arm and ready myself this time for another strike.

The monster strikes again so fast but I avoided it side by side. I captured its one arm and cut it with the knife. The monster shouted like an animal and its getting mad. Its strikes again and even faster. The monster has a big arm so I run in his arm and jumps above that he didn't notice me. It's looking side by side and my back but it couldn't find me. He looks up high but it's too late because I'm already on his head placing the knife in its neck. Without a second thought, I cut its neck and killed the monster. 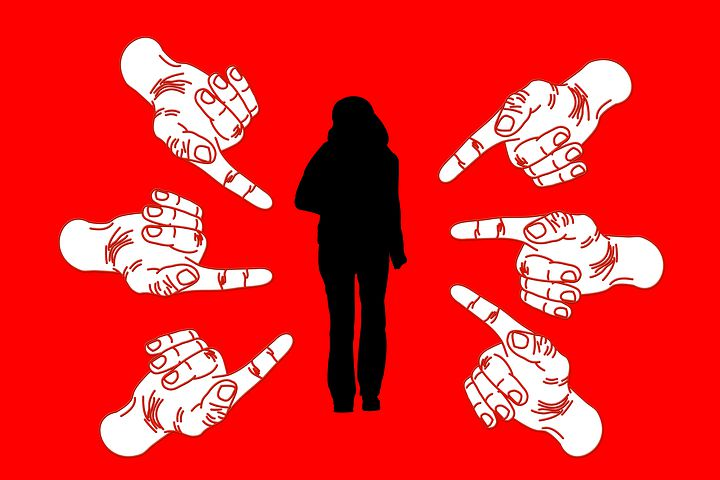 The people are happy when I killed the monster. They are shouting and running towards me immediately. I'm smiling because my heart feels lighter when people are happy as well. But when they are near and does a closer look. They realise I'm different from what I'm wearing. It's obvious from their eyes that they're thinking I'm one of these monsters.

I'm disappointed by these people, instead of saying thank you. They just judge me from what I look like. I'm glazing at them and they started to step away from me. They look scared to me as they keep on murmuring while walking away.

"Sir, thank you very much and sorry for those people."
A woman that was being chased by that monster earlier.

"Oh, don't worry I was planning to kill them anyway," I replied.

"By the way, my name is Nesha and I live here. Can I please repay you by offering you food or something?" She said vaguely.

"No, it's fine ma'am, you don't need to do that and also my name is John. I came from the mountain that's why I look different from you guys." I explained to her.

"Please, I owe you my life and I wanted to repay you even though just kindness." She insisted.

It's hard to refuse a cute woman's offer. I come along with her and she brings me into a house. It's a big house with a wide backyard but I didn't see anyone. I'm a bit confused why so I asked her, "Is this your house?" She just smiled at me and replied, "Actually, it's from my father but she was dead already and my sister was gone for months now. I'm alone here, so you can do whatever you want for me?" I smirked and said, "Really?" She steps back and looks afraid and said, "just kidding John." I smile and she smiles as well.

She gives me food to eat and we both sitting in front of the table. I'm hungry for following those footsteps, so I didn't hold myself in eating. "You're not from here so I guess I need to tell you what's happening here." She said and stating the details. 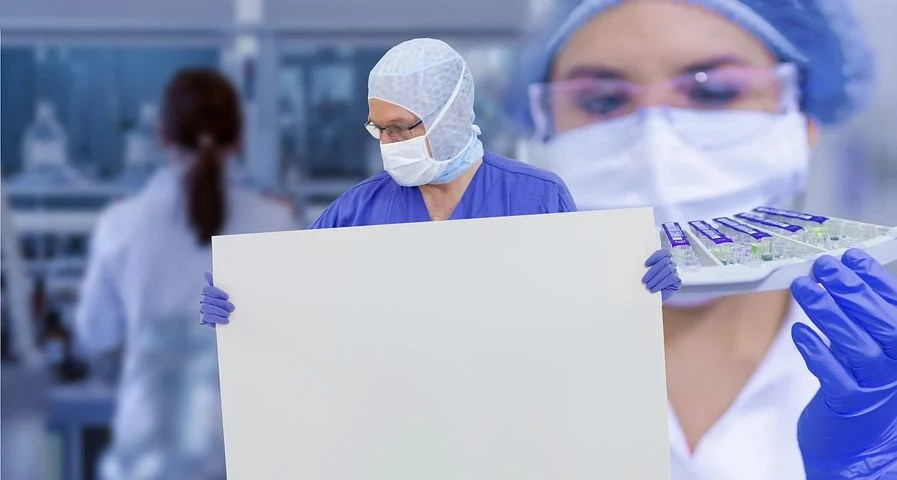 *"10 years ago, our town was being threatened by the other nation. We had the most beautiful city in the world. Then one powerful country came and said they will destroy our town. My father was one of the genius doctors here. They experimented weapons to defend us from invaders. It was successful and no country is brave enough to challenge us. Then 5 years ago, the partner of my father became greedy of power and he made fearsome creatures and that's what you killed earlier. My father was against it because the monster will kill random people. The partner of my father or being knows as Dr Giovani killed my father because he was afraid that this monster will be wiped out by the invention of my father. He killed my father and now we are next because we knew how to do it. My sister Carla tried to do it but failed and went away hiding but I don't know where she is now."

When I heard Carla it rang a bell for me. "Let me see a picture of this sister of yours," I said while standing up as I'm eager to know. She stands up and I followed her. She brings me into a room full of images by her sister. My tears fall as I remember Carla again after seeing her photographs. "Why?" Nesha is confused about why I cry. "She was dead already and that's the reason why I came here in the city. I followed those whoever they were that killed her." I said to her and she's now shredding of tears. I comfort her by rubbing her back and I let her cry in my shoulder.

After shredded tears of our love ones. Nesha decided to do a makeover for me so that I won't stand up in the crowd. She fixed something that I couldn't believe that it's really happening. After the makeover, we start planning for what to do. We must plan it well how to infiltrate the laboratory of Dr Giovani. We will not waste time and must execute right away when it's time. We are waiting until it gets dawn. Thanks to the map that Nesha has in that building that we will be allowed us to get in.

The dawn has come, it's 2 in the morning. We are already at the back of the laboratory going in an underground passage. We bypass the guards in the gate and arrived at the back of the laboratory right away. Only officials know about this passage so it's hard to see guards monsters. We are walking into silence and with caution while observing the surroundings. It's so silent but it's expected because it's dawn and no one knew that someone will be inside.

Nesha knows where is the main brain of the monsters. We arrived immediately but someone suddenly laughs.

"I knew you'd come here Nesha. That's why I waited for you to arrive."

"Dr Giovani," Nesha said because of surprised seeing that person. He brings 2 monsters with him and it looks different from before. I keep calm as I'm observing them when suddenly something hits me in my legs that I kneel down. "So fast," In my thoughts. "John, are you alright?" Nesha worriedly asked me. I smile at her as saying in my face don't worry. I encountered worst than this in the mountain. I let Nesha hides first while the monsters are dangerous. I admit that these monsters are strong but I don't know if they have characteristics like animals.

"Nesha shoot the lights," I ordered Nesha because we are expecting this. We will not be here unprepared for this. Then Nesha opens a rapid-fire with her small gun. It becomes so dark specially that the place is covered with hard metals for the protections.

"What a fool!!," Dr Giovani laughs, "You can't also see the surrounding."

He is laughing and I'm laughing as well. "True, but in the mountain, there is no single light as well except for a fire will be created."

I closed my eyes and let my sense of smell and hearing do the work. This will be easy for me because I'm used to it. Just a minute I open the door to have a light and let Nesha places the virus in the brain control of the monsters. Dr Giovani look around him and he's seeing that the two monsters are dead already.

"How did you-?" He said with a surprise in his face. I smile and said, "I told you in the mountain there is no light so my senses are exceeding its limit."

After Nesha places the virus of the brain control we go outside and we saw all the monsters are slowly dying. We lit a fire the laboratory by shooting with bullets the flammable materials. 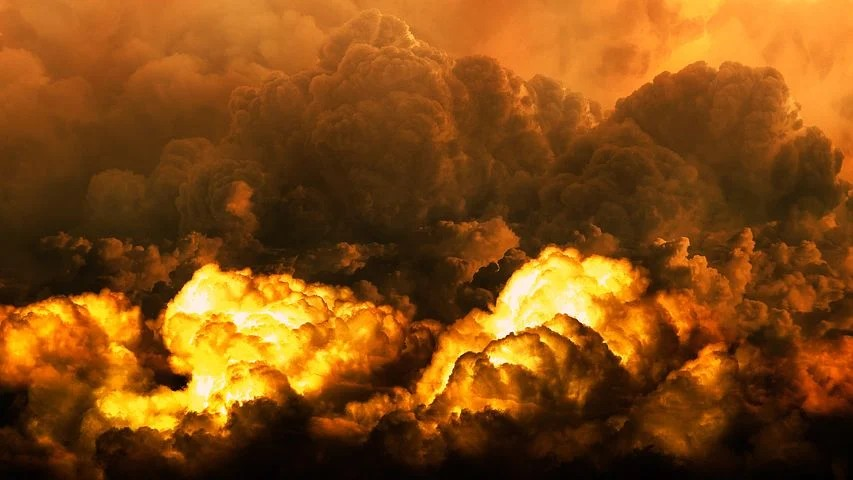 We knew for sure that Dr Giovani died along with the explosion. I am now confident that everything will be alright. I accompanied Nesha in going to her house. She let me rest for a while there, after what we just did. I fall asleep right away and when I woke up its morning already. Nesha offers food and after I decided to go back to my place.

She looks surprised at what I just said. "What do you mean John?" I'm confused about what she just said. "Do you mean what? Of course, this place is not my home."

"You can stay here if you want John." She said but I'm shaking my head saying "no" and explain to her why.

"Mountain is my home and I feel like I don't belong here. Also, I don't like the noise, the crowded places and everything in the city is I doesn't like. But you can come with me if you want as well only for one condition."

Nesha didn't get what I mean so she just asked me quickly like I have nothing in mind.
"What is it?"

I smile towards her with a dirty one. I don't know how to state it well but maybe from my smile, it's obvious. She smiles back at me.