I feel like I'm becoming a monster living in the forest for such a long time. My senses exceed from the average because of everyday activities being alone. I killed the animals like wolf, tigers and many more wild animals that tried to attack me. It looks like I'm not a human anymore spending all the time with danger. I can sense someone that is coming to me. I can hear their footsteps touching the ground. I can smell them by just letting their scent being blown by the wind. I become stronger as every day working in lands. My muscles achieving like a normal person, I can run fast and I have strength like a bear or a lion. 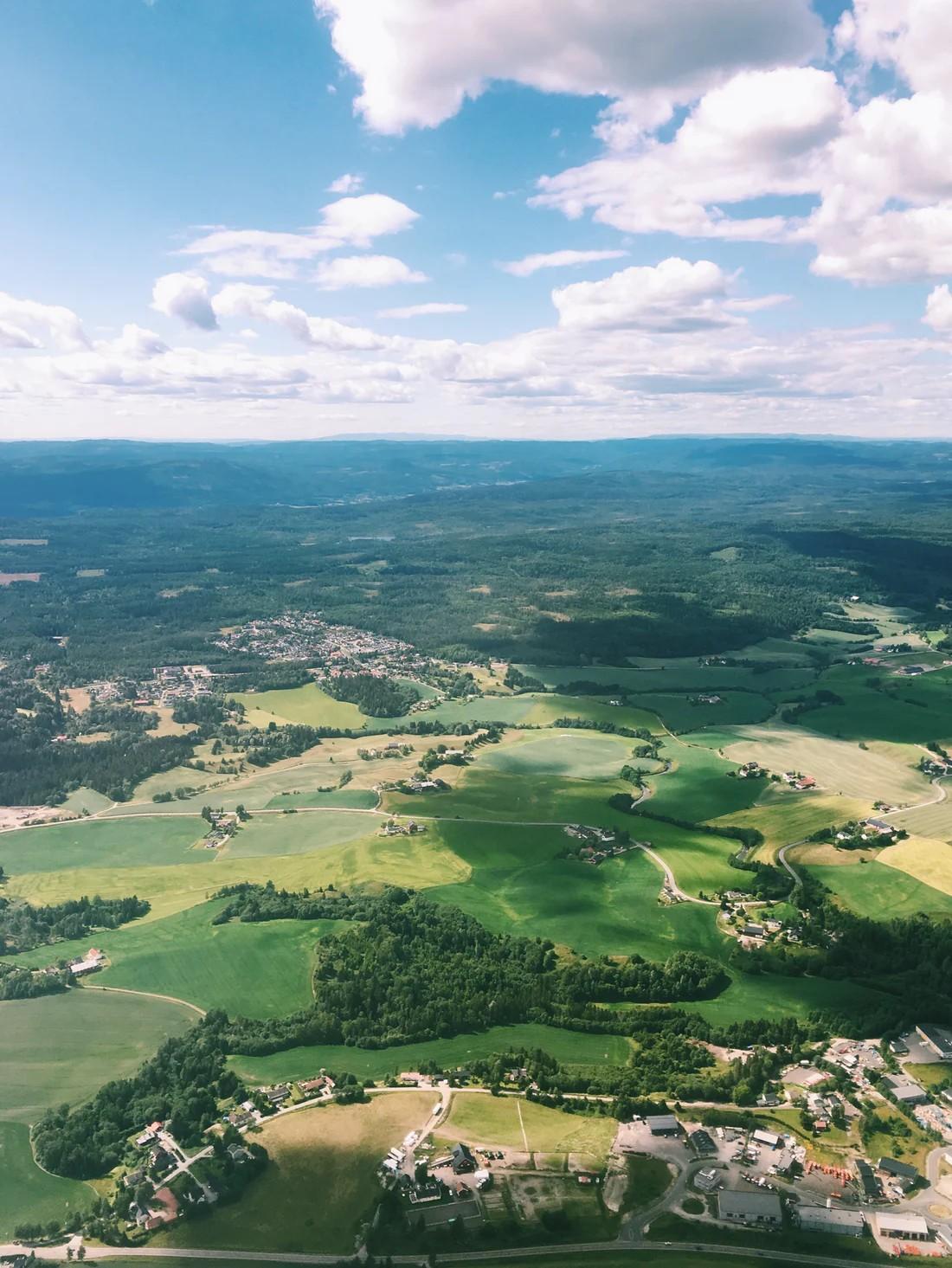 I can still remember how I ended up living in this forest alone. My parents were being killed by my father's brother because of their wealth. I was just lucky that they didn't kill me but left me far from the villages. I tried to walk around to see houses or people that could help me but I couldn't find one. I was just 10 years old back then and I had nothing to do but to cry. I was afraid of the sound in the forest, the howl of the wolves and the voices of animals. All I did was hiding for 2 years and relied on my food from the fruits and grasses that could be edible. My life was nothing but tortured as I avoided the wild animals that could eat me.

When I reached the age of 12 I began to fight for my life. I started ploughing a field where I can eat vegetables and different types of foods. Upon working I noticed that my body grew stronger that I can fight an animal. There was one time when I was almost killed. I encountered one wild boar that was eating my plants. I tried to make it go away but it tried to fight me. I had no choice but to fight or else I will be dead. Several wounds into my body from the damaged I received of that boar and also bruised where I was tossed. I'm glad that the boar hits his head in a tree and knocked out. Then that's the time I killed by a sharp wood. I ate it and for the first time, I tasted meat. 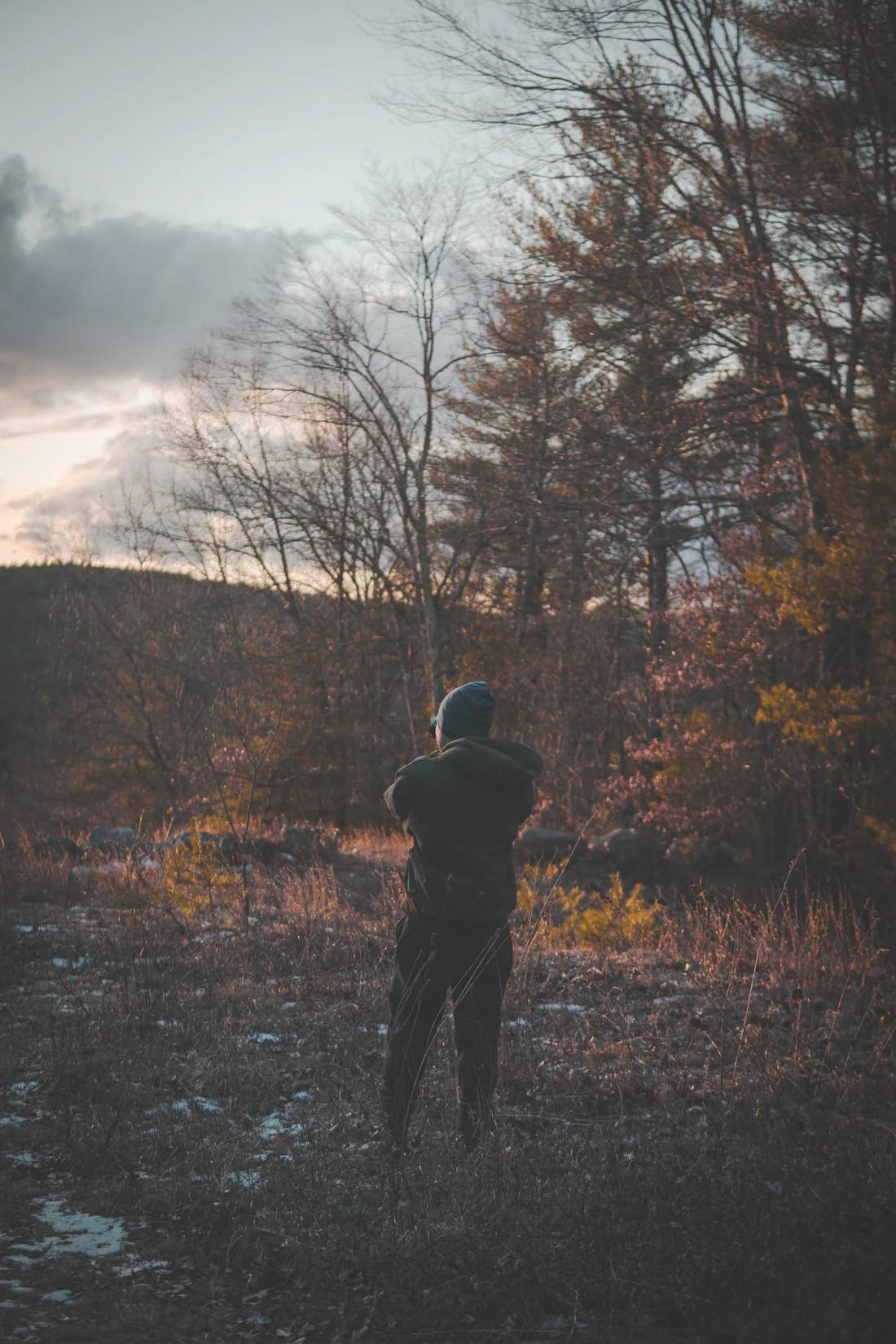 Now that I reached the age of 25 I fear nothing anymore. I can walk freely in this forest like it's my territory. Living in the mountain is not that bad. Not noisy, not crowded and there are no coward people that will betray me. But I know how to speak of course because I keep on talking alone and writing sometimes. I'm happy living here because it's nice.

I'm looking at the sky when suddenly I hear an explosion not very far from my house. I immediately run towards that place to check what is it. When I arrived, I saw a plane being crushed and I saw a dead body of people like me and a monster that is barely alive. It's not an animal because its appearance is different. It tries to crawl towards me and maybe planning to attack me. Before that monster can do something I strike it with a piece of wood and sharpened stone. This is the first I saw that kind of creature. I started to wonder why something like that exists today.

I'm fetching the plants I planted in front of my house. The sky is so clear and the sun is so hot.

"Please, hurry in growing up my plants. I want to eat you all." I said to the plants while smiling. I ignored what happened after of few days passed.

"Help..," I hear a woman's voice so slowly. Maybe it's far because I couldn't hear it totally. I closed my eyes and focus my brain into my ears to locate where was it.
"Help...!" It's clearer now, I run fast as I could to locate it. It's in the next mountain at the to part. It becomes hearable because of the location where the wind blows came from. 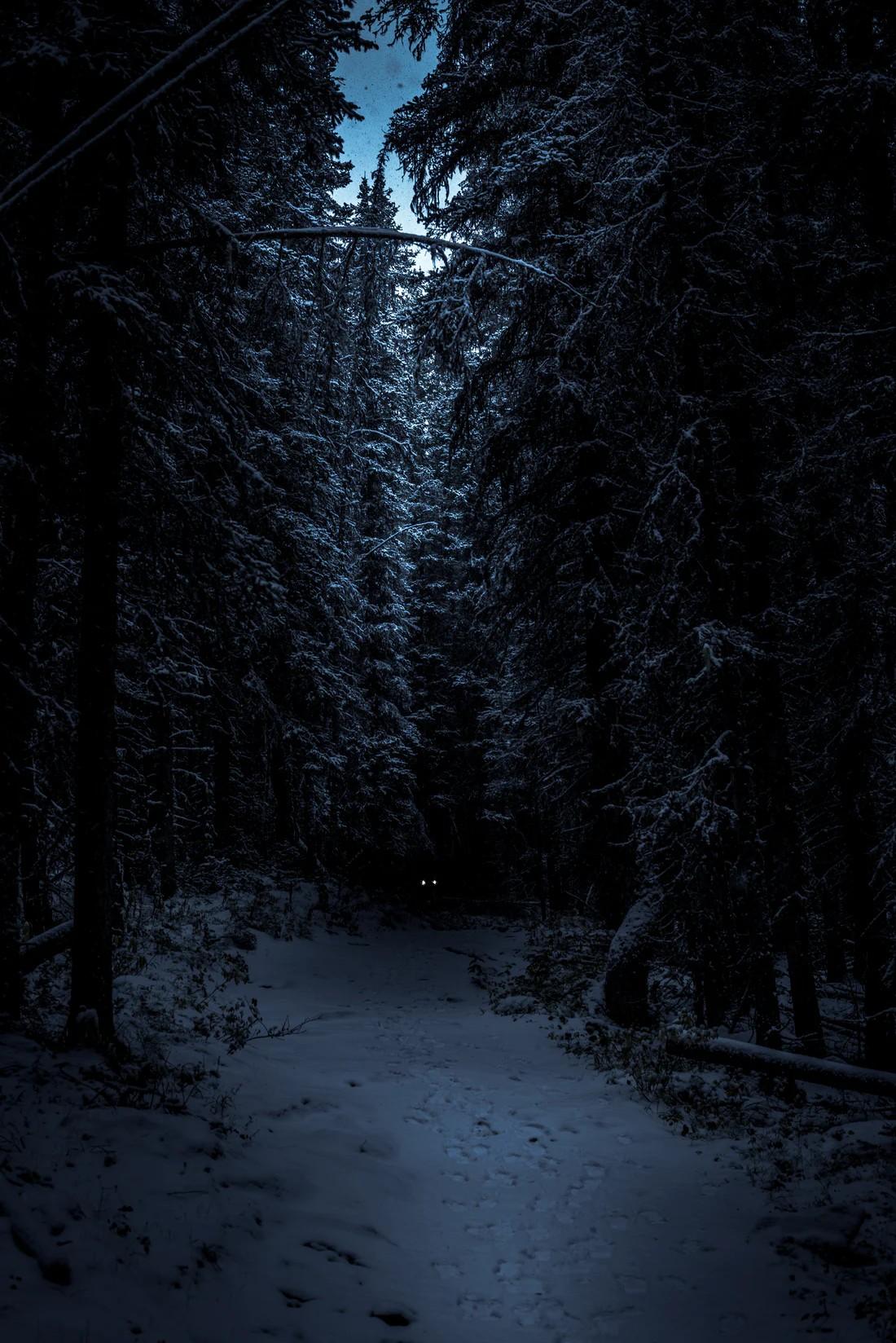 I can run fast even in the forest because it's like my normal place. I keep on running and as I saw some wild animals are following me. I can feel them but I ignored it while heading very fast to that voice.

"Help," I arrived and I saw a woman crying inside a car. Again I saw almost the same monster as before. This time it's alive and strong because it has no damage in the body. I jumped in front of the monster to lure it and segway its attention towards me. I got the monster attention and its running towards me. I focus on my senses and avoid to get panic. When the monster jumps towards me I avoided it and it's perfect because the animals that following me are attacking as well. That's the reason I focus on my senses so I could sense the movement that surrounds me.

I avoided the attackers to me and let them fight instead. I carry the woman and while running fast towards my house. I can't fight that monster like this because I'm worried that animals will attack that woman while my hands pre-occupied with this monster. I run again towards my house while the woman has fainted. I arrived at my house and I feel relax because I placed so many traps around it. I placed some herbal medicine from that woman's wounds after I wiped her arms and legs because it's so dirty.

The woman wakes up and I give her food to eat. 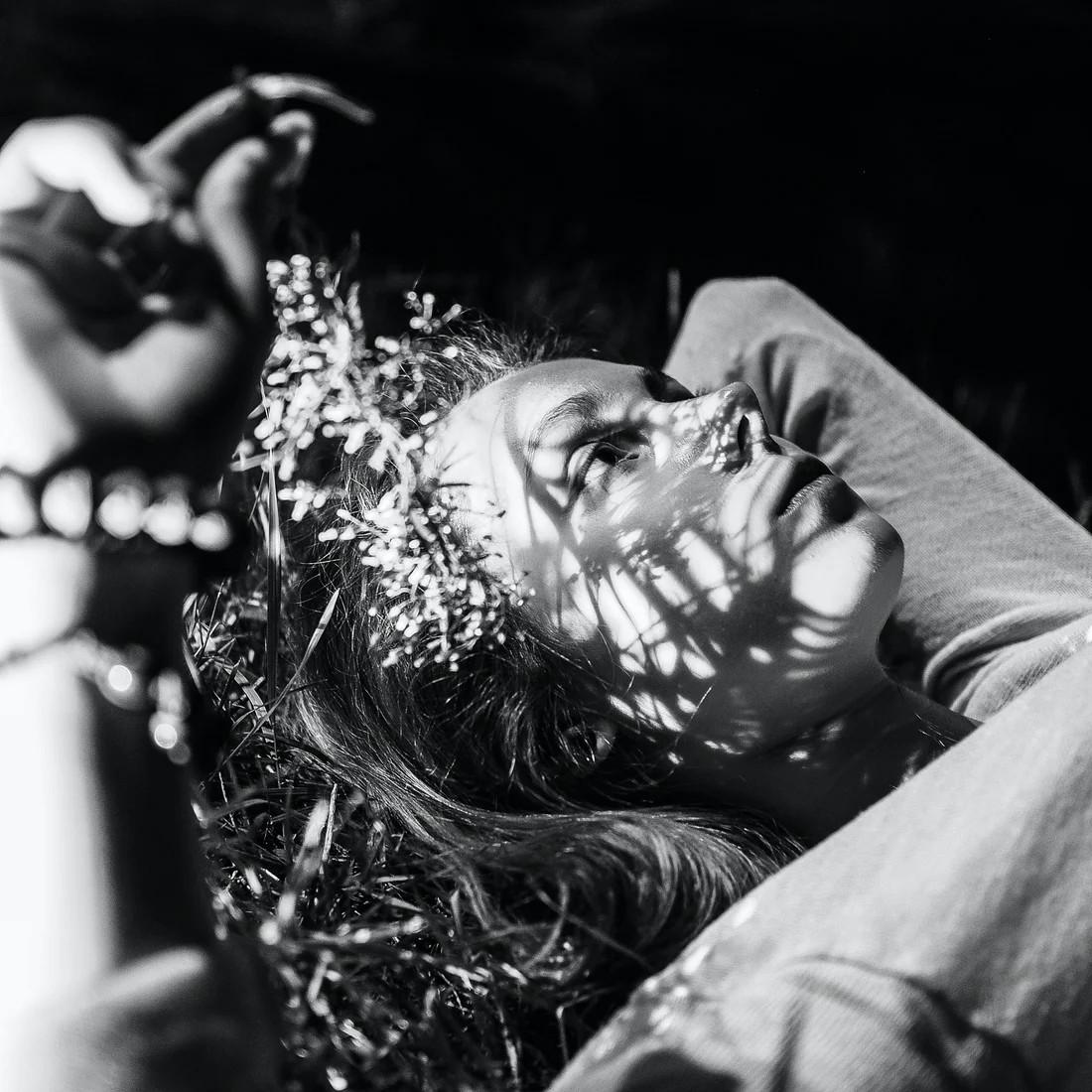 "Don't worry, I will not harm you, my name is John," I told her while I'm being awkward how to react towards her. It's my first time seeing a woman after I became an adult. I have no idea how to handle a woman.

I'm helping her to eat by feeding her. I know her body still aching because of what has happened to her. I just let her finished and she starts talking.

"Where am I? Where is this place? I think it's very far from the City where I came from."

She's looking around as I let her sits outside of my house to breathe fresh air.
"Actually, I have no idea as well where is this place. I was thrown by my uncle when I was 10 years old. It's far from the villages and decided not to leave here since I love living here already." I told her while looking at the surrounding.

"Thank you by the way for helping me," She suddenly said it to me.

I leave her to check the surroundings. I climb a tree to watch from above. I go down when I noticed there's no one is approaching in our location. I go back with her and give her fruits.

"Try some, I planted these fruits and vegetables that surround us. By the way, your bag is inside. I noticed your clothes are messed up and maybe you have extra clothes. Sorry, I have no clothes like yours." I told her while turning back because of feeling shy to her.

The woman's name is Carla. She doesn't know how to go home so she decided to stay with me. I am happy of course because I will have a companion now. I'm working in the land while she's observing at the surroundings. She looks sad because this is not her home and she wants to return home. I want to help her but I still have no idea how to. I take her in pretty places in the mountain. She feels amazing as she's enjoying the beauty of nature. We are swimming in the lakes and falls together. As time passes by together I think I'm falling to her. I'm reluctant to say about my feelings because I have no idea what to do. 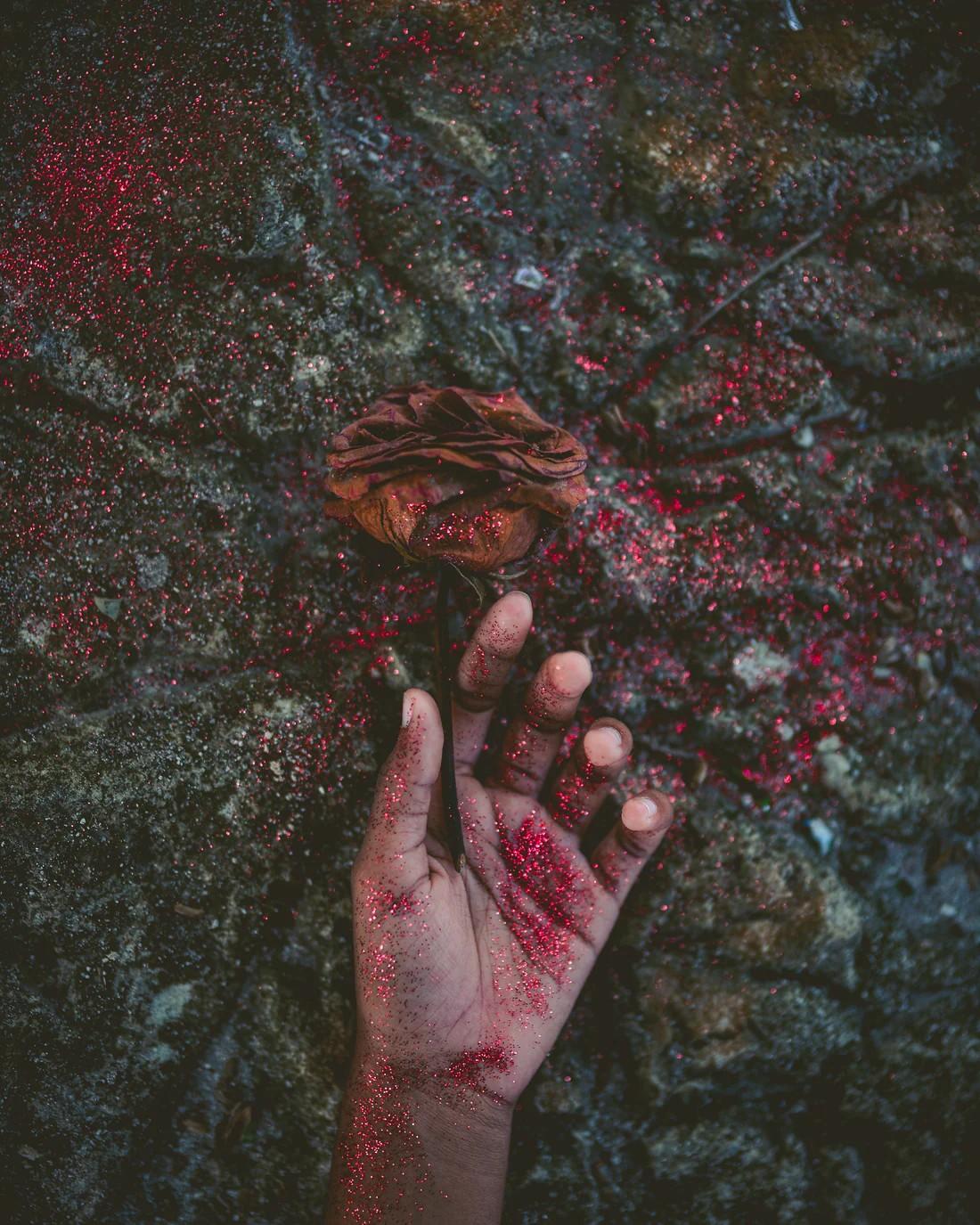 I just arrived at my house from picking fruits in the mountain. I saw the dead body of Carla lying in the ground. Most of her body parts are being separated. I feel so mad, I feel the rage of my body that wanted to kill. I couldn't accept what happened to her. I kneel down as I cried picking her body parts.

"What they did to you, Carla?" I shouted and prolong it so someone could hear me and will try to attack me. I'm waiting for an hour but no one comes. I buried her body near my house and offers a prayer. I mourned of her death but revenge is what I'm thinking. I get a small knife and an archer. I'm determined to kill those people or what were they that killed Carla. I climb to the highest tree to find if there's a lead. I couldn't see anything so I go down and to see some footsteps. I saw many footsteps in the ground but I don't hear the sound of someone is walking or running. I just follow it as fast as I can but the footsteps are getting far away. I think they're walking fast that even can't reach them easily. I continue on following the footsteps for days until it reaches a week. I still didn't catch them but I arrived in the City where no footsteps can be found and too many sounds that it's hard to identify where are they. The place is new to me and their clothes are different from mine. I just continue on observing until I saw one monster showing up.

I don't know what to do. If I let the people see me maybe they will be shocked or be surprised because of my appearance. I keep asking myself.