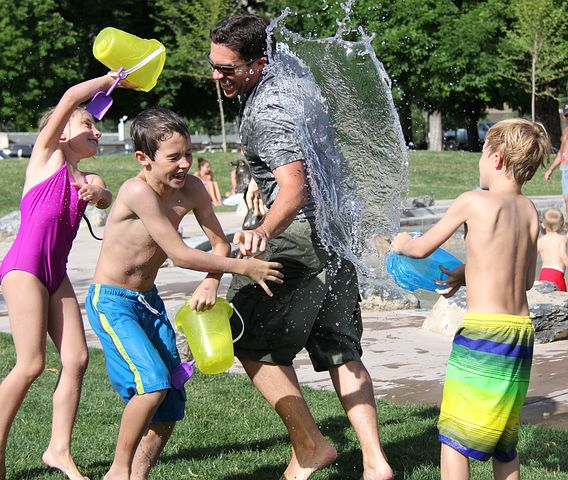 "Hey, Allan, what made you come this far? Why you ended up destroying everything?" A friend of mine and a neighbour when I was young.

"You will not understand my " I replied to him with so much despair in my face. I feel so frustrated and I couldn't believe why this is happening.

I had a happy family before. My father was so kind and loving while my mother was so caring. She didn't let me get hurt even just a small scratch in my body. I remember when I was crying because I fell from a bicycle. I saw in her face how was she sad seeing me in pain.

"Oh son, you should be careful. Did the bicycle hurt you that much? Do you want mommy to revenge for you?" She said as she was wiping the wound and blowing it by her mouth.

I cried more because I felt emotional when my mom comforted me that much. Then my father came and carried me while smiling. "Don't cry, boys don't cry so you need to be strong." He said and I stopped crying. I smiled again and we went into the sea to swim. When I arrived there my friends were there waving at me to join them. I ran towards them as I was so excited to swim and to play with them. Everything was so perfect. I felt so much happier spending time with that kind of people. I didn't experience bullying and fighting. The people in our place were all nice and loving. I was so thankful when I saw in the news how the other places situation. It was so crowded and unlike in ours that it was so peaceful. 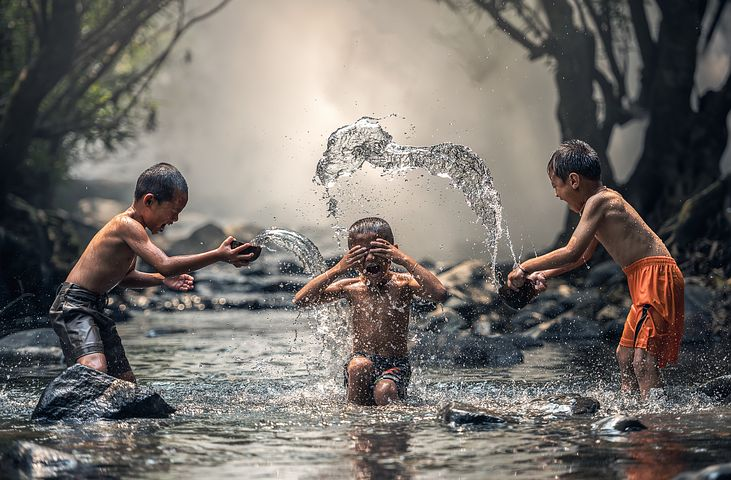 pixabay
My previous lifestyle was so perfect and amazing. I was surrounded by amazing people that I thought I was living in a fairy tale. All of them greeted me when I was outside and invited me to come over in their houses. I felt their love towards me and I wish it wouldn't end. I wanted to stay like this until I grew up. All the people knew each other that sometimes they were giving food to share. That's the kind of environment I was growing up.

I thought it was so perfect but a sudden change when I grew up. Fighting wasn't new to me because my parents trained me at home and even in school. Teachers were always trained us to fight. Holding a gun and martial arts. They taught us there with my classmates. I thought it was normal since being in the military was unavoidable. We were in the generation of conquering other countries. But I never thought it would be that rude happened. The family thing, the good neighbours, the nice friends and the kind teachers. They were all lies. 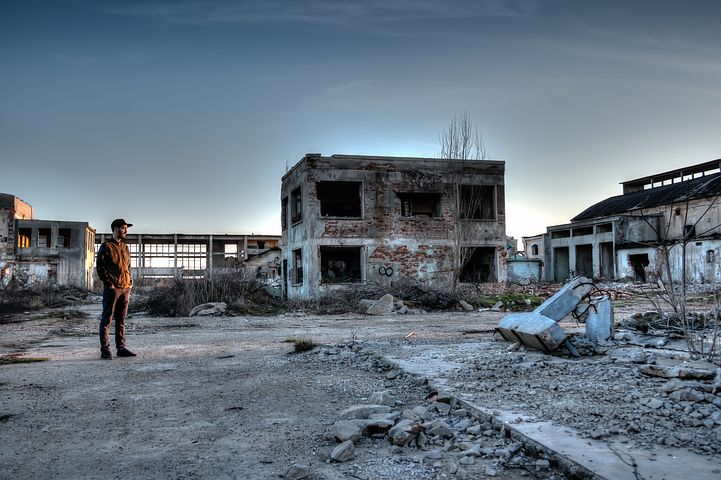 I was captured by some strangers. I didn't know them but they were telling me lies. I didn't want to believe them because I thought of them as a terrorist. They had guns and they were hiding in a remote place.
"Let me go, I want to go home. My family is waiting for me." I told them.

Someone just laughed at me and said.
"Just wake up dude."

I didn't understand what he just said but someone explained to me.

"Allan-", I was wondering did this person know my name.

"They aren't your real parents. The government killed them but because your bloodline is special they took you away from us. They raised you as their own to make you believe that the place where you should belong is there. The people in your place are all being controlled by the government. Most people there are armies and their mission is to make sure you will love that place and you will be a dog by that government. They didn't tell you yet but you're the last descendants of " controller clan." They didn't teach you how to do it yet because you haven't been in military force."

"I don't believe you," I said because I couldn't believe that all my life was just a lie.

"If you don't believe me, try to control that person standing from your mind. Concentrate and think harder to make her follow everything you want to happen." The person explained to me.

I was curious and confused at the same time. I stared at the person while concentrating. For just a minute I made him talked and moved. I started to believe that what this person was talking was all true. I was frustrated and shouted while thinking of controlling them all.

"Release me and bring me to our home," I ordered them through my mind and let two-person to come along with me as my guide. When I arrived home all of it was destroyed. I went directly to our house to check for my parents. I saw my father catching his breath. I approached him to check if he was okay or he would be fine. 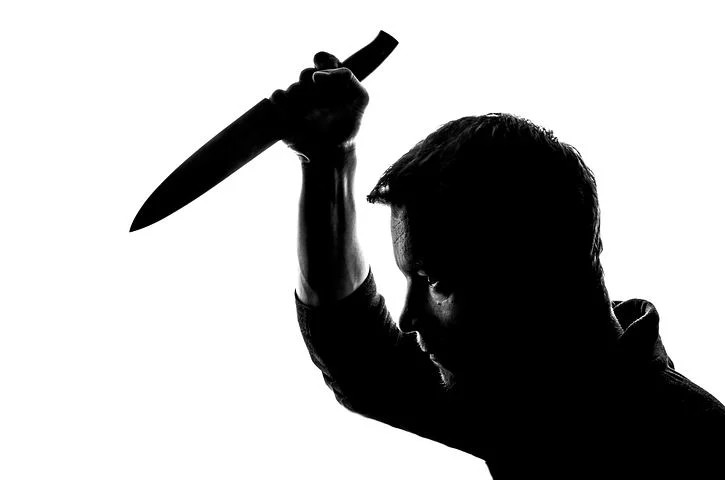 pixabay
I talked to him and tried to make him safe but his body was full of blood already.

"I was against this parenting drama to you from the first time. I knew that you will become our enemy someday." My father said and slowly my tears were falling. Suddenly he stabbed me at my chest and said. "I should have done this when you were young." My father said and lost his breath.

I didn't feel much the pain from the stab because my heart was broken into pieces. I couldn't believe my kind and protective father would do this to me. I didn't know what to do since my life was all a joke to them. How could they be so cruel in believing me these lies? I wanted to die because I was thinking that this was all a dream. Maybe if I died I woke up and be back of how it was before. The good people in the place, the nice friends and the loving friends would come back. I fainted and when I woke up I was being treated with those people who told me the truth. They were being released from mind-controlling when I fainted.

When I fully healed from that stabbed. I started doing my revenge by destroying government establishments and to make that happened I used my mind control. My mind was so dark that I couldn't see a light from it. All I wanted was to destroy everything because of what they did to me. I didn't know which is right from wrong anymore so I didn't take sides and be on my own. 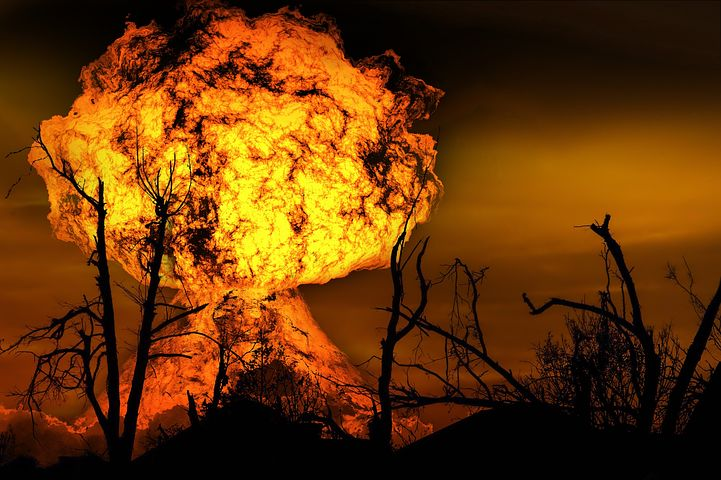 "Hey, Allan stop all this madness." A friend and a neighbour who went into the military ahead of me.

"You will never understand how much pain I'm feeling now. You are one of the people who lied to me so I can't trust you. Not a single person's life in our place I will spare. You are a friend before but I'm not sure if you're not a dog by this fucking government." After what I said I killed him and destroys everything owns by the government. I may alone now but it's fine because I will not think that my life is just a lie.