“Don’t be afraid Boy, I am here.”
Grey said to the boy who was so afraid because of fear of staying under the tree. The boy couldn’t say something because he was still in the midst of shock.

In the world of the supernatural, different races exist. There are those fairies, demons, demi-humans (half human and half animal) and of course who stood of them all, the humans. Grey was a human bearing gifted eyes. Only those who were gifted could see those supernatural beings. The ordinary human being could only pass them and that is why some could hit them. Though not all those supernatural beings would get mad easily there were just those beings like humans who couldn’t be avoided to do something bad.

The bad ones couldn’t stop doing bad things. That’s why Grey decided to be a Searcher for those people being abused by supernatural beings by toying with them. There were times couldn’t avoid the fight with them. Fortunately, he met a demi-human named Scarlet. Most demi-humans had a good relationship with humans, not just because they’re look-alike. It’s because of how demi-human was born even though ordinary human beings couldn’t see them.

According to the legend story. When a human treasured their animals or loved them that they considered them part of the family. A demi-human was born living with them but sadly humans couldn’t see them. However, this was not a reason for the demi-humans not to love humans because they totally understood them and just be thankful to them. That newly demi-human was born wouldn’t complain because that animal being loved by humans would be served as their parent.

Only a few people learned about Grey’s agency named ‘The Searcher’ or to search for something beyond an ordinary could be seen or found. Just like the boy who was lost, no, actually he was being toyed by fairies by hiding him from everyone like no one could see him even though he was just located in the tree near to their house. The only choice for the parents to do was to rely on supernatural experts like Grey. He was like a guide but far better than that. He just didn’t search for something but got it back as well depending on the client’s demand. There were other clients who only wished to locate someone or something and then leave it like that. The agency has a 100% rating based on the client’s evaluation. Then Scarlet was Grey’s companion in accomplishing the client’s request. 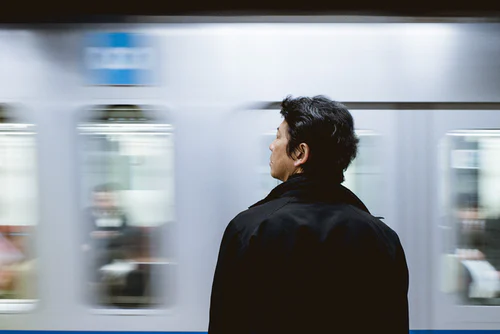 “Hey, Grey?”
A sudden call by Scarlet while they were on their job to search for someone.

“Why Scarlet?”
It was a sudden call that made Grey wonder.

“Weren’t you wondering why can you see races like us?”
“What kind of question was that Scarlet?”
Scarlet was still full of wonders about Grey. She was still curious about Grey that’s why she heard more about Grey.

“I grew up in the church Scarlet. The Priests could see beings like you and could even enchant talismans.”
Grey exclaimed as he explained.

“IF so, but why can you cast spells or perform magic powers?”
Grey couldn’t say a word that even he started to wonder as well. He thought he was like any other human being but he was just special since he grew up together with the priests. They just walked home in silence after finishing the job.
Days passed of being free and no client’s request. Grey happened to be bothered by Scarlet’s question. He began to be curious about his origin and the thing he could do but even the priests who raised him personally had no idea about his parents. He was told by that priest that he was picked at front of the church’s door outside.

“GREY?! GREY!!”
An unexpected entrance by Scarlet who was catching her breath.

“What is it Scarlet?”
Hurriedly. Worriedly. Grey was eager to learn what was going on.

“There’s----“
Scarlet was still constructing the words she wanted to speak. She was almost out of breath from hurrying towards Grey and at the same time from fear.

“Okay, breathe first and take your time.”
Scarlet slowly redeemed herself and started talking. She breathe heavily and finally, she told Grey what happened.

She said that a demon from a higher rank which means strong or powerful was on a rampage in front of the church. The demon was called Legion and because he couldn’t get inside of the church thanks to the talismans from the Priests. He was destroying things outside, the ground and the establishments.

“WHERE IS MY SON?!!”
That demon's only words spoke about searching for his son. Scarlet rush to Grey since that church was his home because that’s where he was raised. After Grey heard everything from Scarlet. He picked up his belongings in commencing his job and of course, he brought that exodus sword that contained so much magical power that could defeat a demon with a single strike.

“Let’s go.”
Immediately Grey and Scarlet arrived in front of the church with the help of Scarlet’s spell even but consumed so much energy. Scarlet was breathing heavily while Grey was approaching that demon and kept saying something.
‘WHERE IS MY SON?”
Grey faces the demon and ready himself to strike. 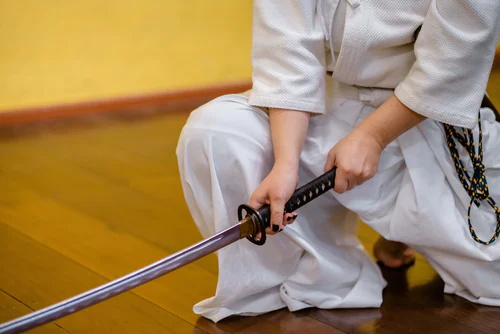 “HEY!!!”
Grey shouted and without a warning, he strike the sword. Grey enchanted a spell to boost the power of the sword but the demon enchanted it as well. The demon held the sword with his bare hands but of course, his hands were surrounded with magical power. They faced each other but Grey pulled the sword immediately to make sure the demon couldn’t steal the sword from him.

“Son”
The demon just whispered with a smiling face and no intention to fight Grey. However, Grey didn’t notice and was attempting to strike once again but before he could the demon straightened his arms and opened his palms, and said.

Grey wondered why as he lower his sword but later found out that the demon was his father. The demon transmitted his magical power and then Grey learned the whole story about him and that demon.
Grey felt like being inside and watched what happened before. He saw that demon was being chased away by his fellow demons because of the child he was carrying. A feeling inside of Grey told him that he was that baby boy. He felt his tears falling slowly one by one seeing that demon being bullied and hated by his kind. The child he was carrying was a half-human and half-demon that was born because that demon loved a woman so much. Unfortunately, the woman died when the baby boy was born because of too much energy the boy consumed.

The demon didn’t know what to do and his only option was to return to his world. He decided to go back but was chased away because of that half-human child. He had no choice but to leave the child in the church because he trusted the priests of raising his boy. He left with a heavy heart and after how many years he returned to see how his child was. He didn’t know that humans grew so fast and soon leave their guardians when growing up. The demon went on a rampage because he couldn’t sense his son’s aura anymore.

Green had seen everything and he calmed down himself. The demon, like a father who was longing for his son, hugged Grey tightly. Even though Grey was still embarrassed he hugged back. He felt so warm and comfortable feeling by hugging his father.

“Hey, Grey.”
A comforting voice from that demon after their introduction to each other.

Somehow, like a baby, Grey felt so happy with the invitation of his father.
“Sorry but I think I’ll pass. I’m happy to be a searcher here that be of help not just to humans but also other races to connect to each other.”
His father smiled and said,
“As long as you’re happy, it’s your choice.’
They faced each other and one more time they hugged.
“Thanks, Dad.’
The demon bid his farewell with a smile and Grey did the same.