At a very young age, I started working. Picking plastics, cans, and some scrap materials to sell. It's only me and my mother who were living together but she was weak. She was raising me alone when she was still stronger. Unfortunately, maybe because of her unconditional love for me she forgot her own health. Instead of going for a check-up she didn't do it and used the money for our food. I haven't heard my mother mention my father. I was always curious why he let us suffer like this but I respected my mother and so let it when it comes from my mother's mouth.

The woman in the neighborhood offered me food while I was picking scrap materials.

She placed it on plastic cellophane and when I received it I ran immediately home to eat it together with my mother.

I was running, excitedly to show the food to my mother because it looks delicious. My mother didn't answer and I just went inside right away.

I shouted when I saw my mom lying on the floor with mixed emotions. Afraid of whatever happened to her.

I raised her while my tears started falling and let her drink water first. Luckily, she's back to her senses and I brought her to the table where I prepared the food.

"Mom, we have delicious food this time."

I faked sadness and showed a smiling face while feeding her the food. I helped her to eat the food upon seeing her. It would be hard for her to eat. After digesting the food perhaps she got her strength back and she ate the food herself.

She smiled at me but she couldn't hide her sadness from me. Perhaps she pitied me and blamed herself that instead of her, I was the one providing food.

I couldn't control myself after I saw her emotions and let the tears flow like rainfall falling one by one. 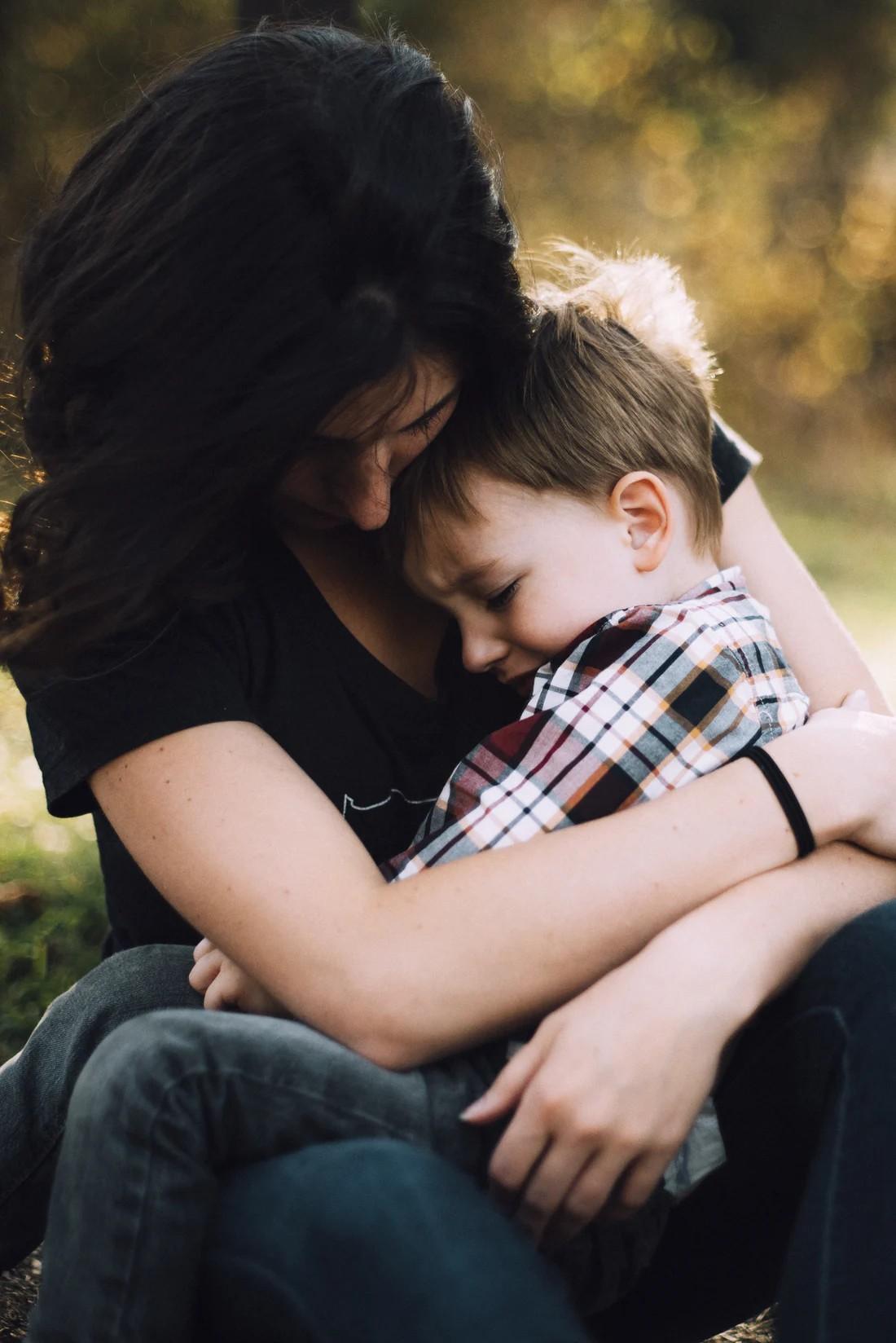 unsplash
"Please Mom, don't worry about me. I understand our situation and I accept what kind of life we are having now. That's why I'm working hard right now for both of us. Knowing that you're there waiting for me is enough to fight this kind of life."

My mom was just speechless and opened her two arms wide saying come to me and hug me.

She said while patting my head and I could feel my emotions wanting to explode. Even though I was just 10 years old, I could feel the heaviness of the burden on me. I wanted to cry, no, actually, I was already crying inside through my thoughts. I acted strong in front of my mother so she would not worry about me.

"I will bring you delicious food again later Mom to regain your strength."

I told her when I was leaving, pushing that car where the scrap materials can be placed. I ignored the hardships in life when I saw my mother smile at me. My pretty mother said that her beauty still shone even though she's weaker.

"Sir, can I have those plastics and cans in your trash can?"

I saw a man throwing garbage and I noticed those plastics and cans.

All of a sudden some children who were older than me bumped into me and started picking up the plastics and cans.

They shamelessly said to that Mister and after they were smiling at me and left.

I couldn't stop myself from crying because I knew that if I could have those plastics and can I could earn a bigger amount of money. I turned my back to that Mister to hide my face not to be seen.

That Mister asked me but I shook my head side by side saying I was not.

"Then why are you crying? Perhaps because of those plastics and cans?"

I just nodded saying yes to him.

I stopped crying immediately after what the Mister said and it felt like my chest became lighter. Of course, I was thinking of selling those plastics and cans to buy for my mother.

That Mister invited me to come over to his house but I stepped back because there were a lot of people.

"Why?" He wondered about my actions.

I didn't say anything but couldn't have the courage to get inside.

"Don't worry, I'm telling you the truth about the plastics and what you can sell but since it's my wife's birthday now. Let's come inside first and offer you food."

After what Mister said, the face of my mother came into my thoughts. Since it's about the food I took the courage to say something.

"Mister, can you just place it in a plastic bag?"

"Why? Of course, I will let you bring some but just eat here first."

"Please, sir!" I insisted and begged.

He called her wife to bring food.

"My name is Hanzo and this is my wife Jona."

Both of them were nice people and after handing me the food in a plastic bag. They both smiled and sent me to go outside. They wanted to send me home but I refused because I was bringing the cart with me. 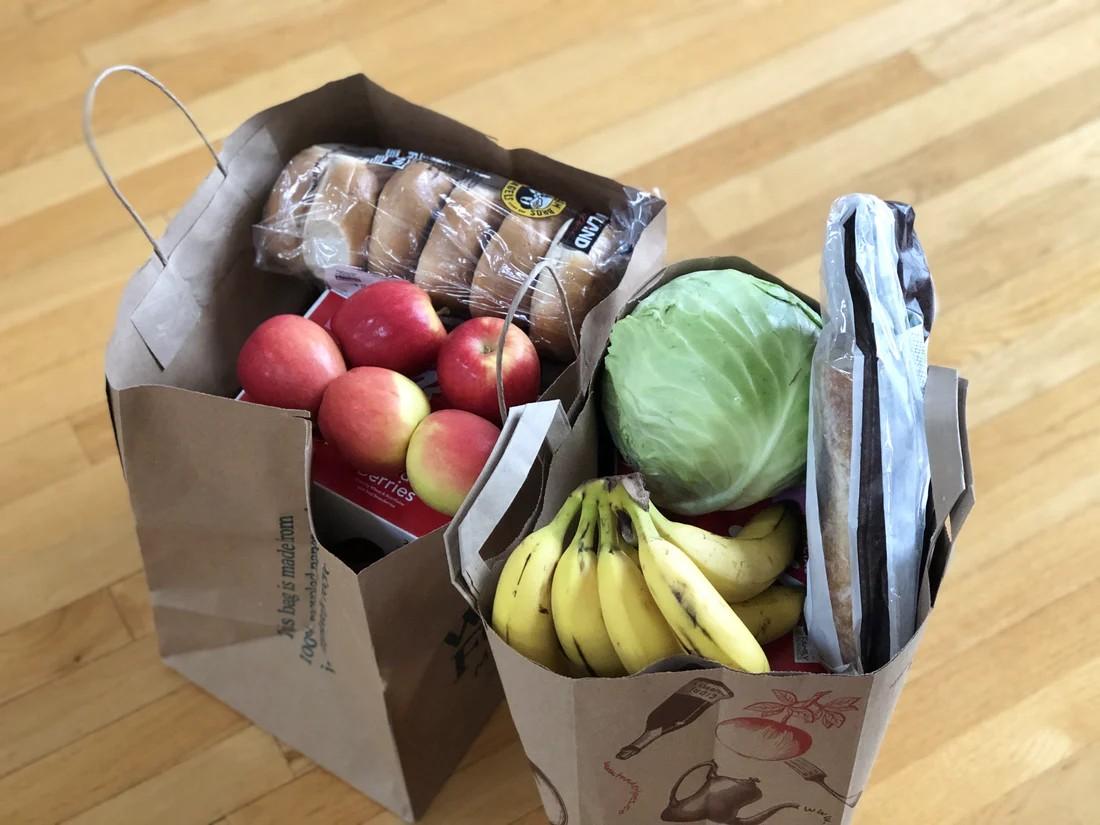 I shouted to my mother while I was outside the house and I was happy that my mother welcomed me with a smile. I showed her a plastic bag full of delicious food and it was already segregated.

My mother smiled and of course, I was really happy offering the food to my mother and I told her everything. I told her that there was a kind person I met and gave me this food. We had conversations happily because of the food and eating very well.

I was wondering who that was while we were eating. I went outside immediately to learn who that was and to come back eating.

I was surprised when Mr. Hanzo and his wife were outside smiling.

I asked him, to my surprise.

"Sorry, Michael but we followed you why you needed to come home to eat. I was thinking that maybe you had siblings and maybe we could invite them instead."

Mr. Hanzo explained to me and my mother showed herself.

"Hello there Ma'am," Mr. Hanzo greeted my mother and my mother as well. I let them come inside even though our house was broken and so embarrassing.

Mr. Hanzo and his wife seemed nice because they didn't mind our surroundings and just talked to my mother smoothly. He told my mother about what happened earlier, about why I refused to eat in his house. I heard them talking and it's a bit embarrassing because both my mom and Mr. Hanzo kept praising me.

My mother told Mr. Hanzo how she pitied me for providing her food alone instead she would be the one to do it. My mother started crying while hugging me and kissing my head.

"Okay then, if it's fine with you Ma'am I have an offer."

Mr. Hanzo suddenly said it openly after the consent of her wife.

My mother reluctantly replied because I thought she was afraid of something. Something that could break us apart but she's willing to sacrifice.

"I'm going to hire your boy as a gardener in our house but in return, I will send him to school but-"

I interrupted Mr. Hanzo continued what he'd gone to say because I felt like I'd be separated from my mother. Mr. Hanzo just laughed at me and said,

"I knew you'd be afraid Michael but don't worry I will not separate you from your mother."

I loosened up my breath after feeling relieved.

"Both of you live in our house since we want you Michael to be there. I became fond of your kindness and love for your mother. Since we don't have a child we will treat you one but don't worry. We will not take you away from your mother and let your mother live with you as well."

After what Mr. Hanzo said I started crying and said, "Really, Mr.?"

Mr. Hanzo just nodded with a smile and I felt like hugging the both of them

"Just be kind and loving Michael, fate will never betray you for sure."

Mr. Hanzo's wife said while patting my head.
I looked at my mother, she smiled and this time it's genuine. I went back to my mother again and hugged her. This time I thought of not acting strong and so I let my tears fall like a river. I was really happy and so I thought it was fine to cry as hard as to release all the heavy burdens in my chest.

"Thank you, Ma'am and Mister."