The month of March is almost over. I can feel the hotness of the Southwind coming. The smell of the salt wind from the sea and the ambiance of the seawater's beauty. It's summer and this is what most people are waiting for. The joy of the aura it gives from just feeling the super hot sun. This is without a doubt, summer vacation will be expected.

"I don't know when John but for sure when I'll be back we will get married."

It was the last conversation I had with my ex-girlfriend or should we say, my yesterday's lover. It was 5 years ago that has passed already but still, she didn't return. We promised that when she returned after her contract abroad and earn money. We would be married and build a small convenience store near the shore. We love the sea and its normal beauty. It felt like swinging us together above the sea and wind. We saw ourselves so happy together while sitting next to the shore under that big Talisay tree.

The promise of our love failed because she never came home after her contract ended. She told me we would see each other again after 3 years but nothing happened. I was the one waiting for her as I saw her face drawn in the white seashore and sometimes in the sparkling ocean. I felt so empty for a year but I accepted it and moved on with my life.

I'm currently working as an elementary teacher in the next town. It's located on a mountainside that you need to travel for 3 hours before reaching the sea, which is my hometown. I decided to live there while working since it's a bit far from home. Every summer vacation in the month of April to May I make sure to vacant myself so I can enjoy the beauty of summer in the sea. 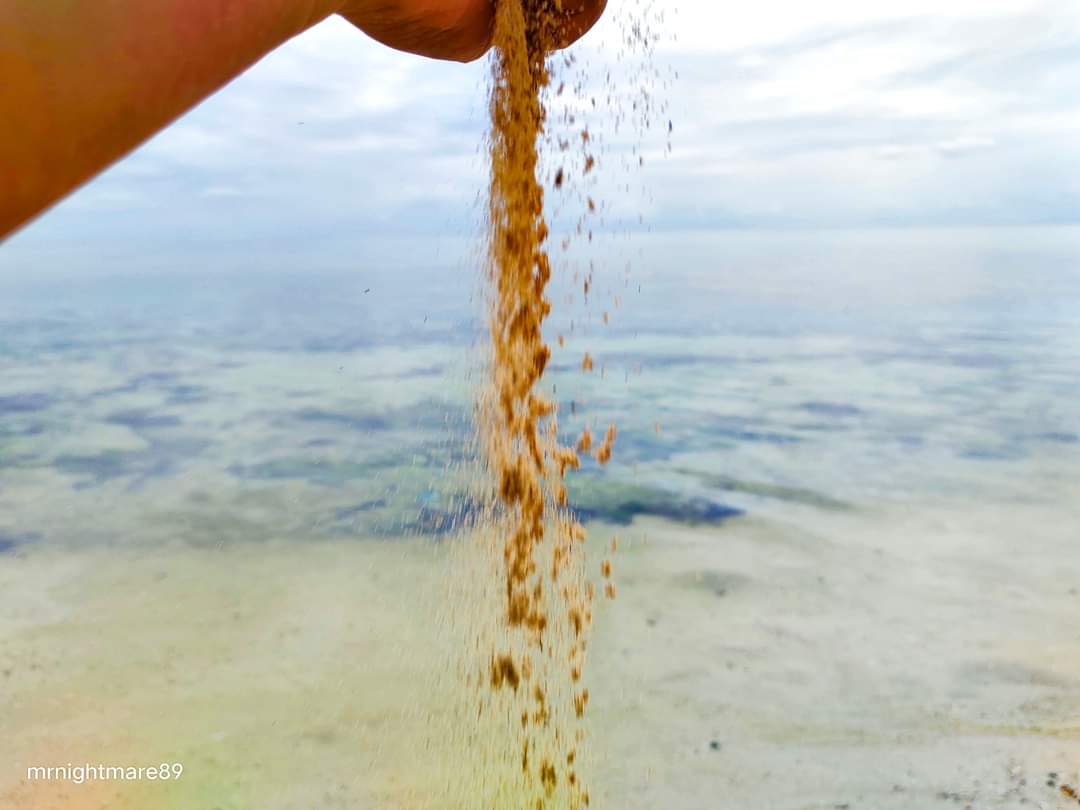 My friend who was my classmate during my high school days and even became my co-worker has the same thoughts when it's summer.

"Just wait, I'm still savoring the feeling of this moment."

I replied and we laughed together. I said it like I just lied but actually, I was not. When I'm in the sea I sip every feeling to savor the time. The splash of the sea like it was a crystal showering above uplifted my impression to be happy. That's why I love what the summer gives me.

A lot of people are gathering while shouting their hearts for joy. It's on the shore that people lit a bonfire to color the night while drinking with liquors. I can tell everyone is so happy celebrating the night since the weather is so nice seeing the big full moon. 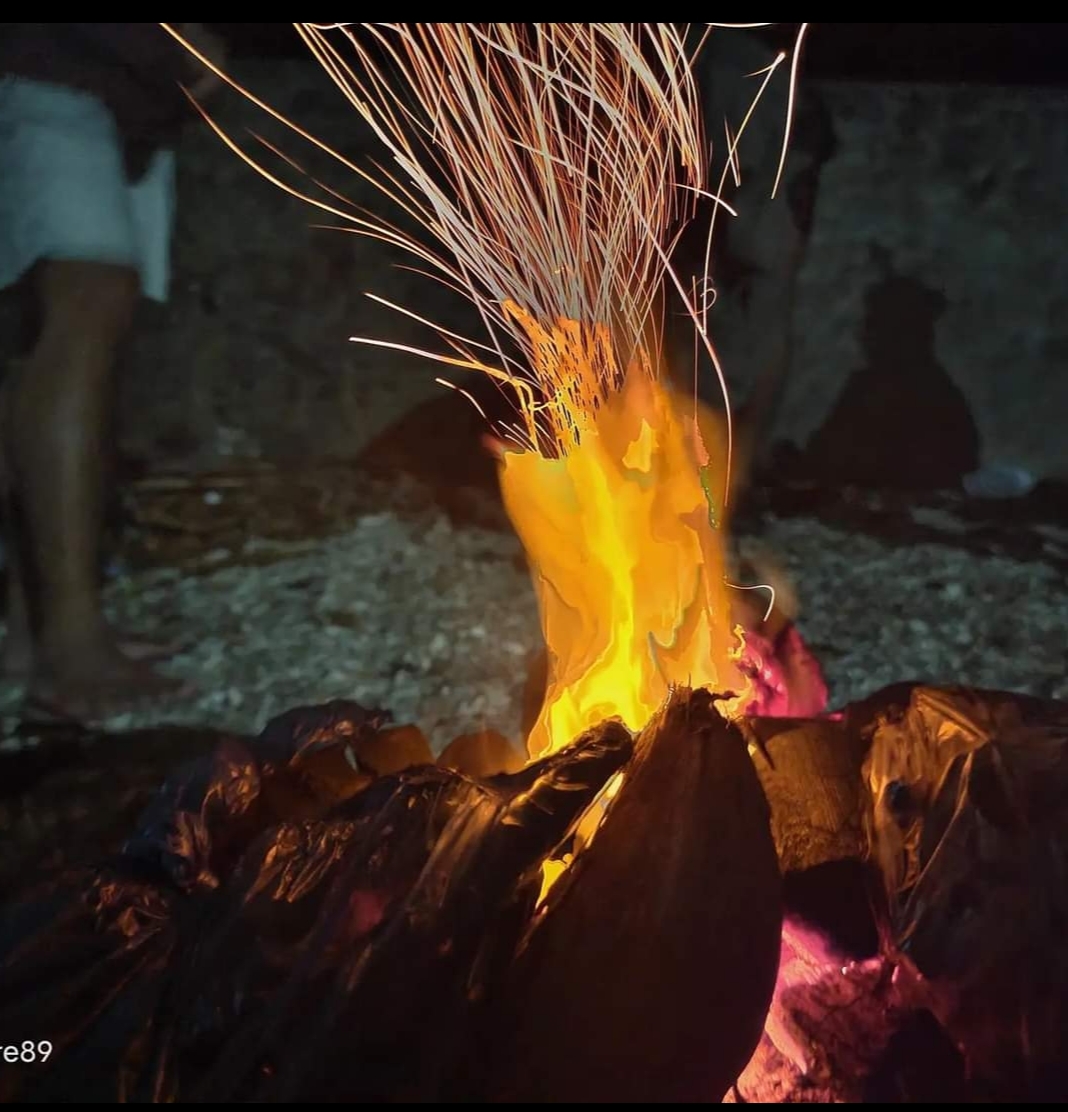 A strong and cold gust of wind suddenly turned the surroundings into coldness. A feeling that can't be explained that it's not a normal wind as if everyone stays still like a statue. No words came to speak while everyone are freezing not from the coldness but from the reaction of fear. The wind continues strongly until the fire was killed and all of sudden a white something floating above that bonfire. Slowly, it became visible, it took a long time until that white thing finally became clearer.

Everyone became more afraid since that white thing is the known ghost who can't rest because she has unfinished business on earth. That ghost said was being possessed by the evil and it has always been a woman. That ghost is being called the white lady.

Shaking and don't know what to do upon seeing the appearance of the white lady. The people, at last, reclaimed their senses and started to act. They are all running away while shouting because of fear. As for me, a missing feeling that pushes me not to run away even though I can feel my body is shaking.

"What is this? Why am I feeling this?"

Questions in my thoughts that I don't understand why. That white lady slowly floating towards me and before her face shows my tears started to fall. An empty sentiment and a sad impression crumpled my heart. My heart fled but only the eager feeling that is longing to see someone.

I shouted because I couldn't believe it was her that I'm seeing right now. I refuse to believe that it is real, she's a ghost so for sure she doesn't belong to the living anymore.

Like a cold howl from the wolf during full moon seeking for someone to accompany.

"I've been searching for you."

"No, no, this is not true Mary. It's okay for me if you're with someone else but not like this."

I kneel down as I can feel my body gets weaker. Gasping and sighing while crying hard as I could; shouting.

I can see Mary's tears clearly even though she's already a ghost. The sad of her face that still can't accept she's now died.

She said and explained everything. She was here 3 years ago that night of our meet-up. While waiting, a group of men ganged up and did something horrible to her. I could tell what she was trying to say that even she could not state it I understood what happened. I pity her and cry more about what she experienced because of me.

I don't know what to say but to blame myself for what happened.

"I love you so much John that I didn't blame you for what happened. Those guys were the ones responsible so they were the ones should be."

She named one person of those guys that were the suspects of the crime. She explained to the other how they look and stopped after.

"I've been searching and waiting for you John for the past 2 years."

Unlike the first time she showed her face, she's smiling now like she can accept her faith this time.

"Nothing makes me happier but seeing you before I leave."

Slowly, she's fading right in front of me and what remains is her face smiling. Though my heart is still broken, I still feel relieved that for the long wait I understood why Mary didn't appear. It's so tragic what happened to her but nothing I can do for now but accept it and find solutions to imprisoned those suspects. I can't still believe a sudden truth but I'm still thankful because the summertime answered my anxious thoughts.

END...
images are mine