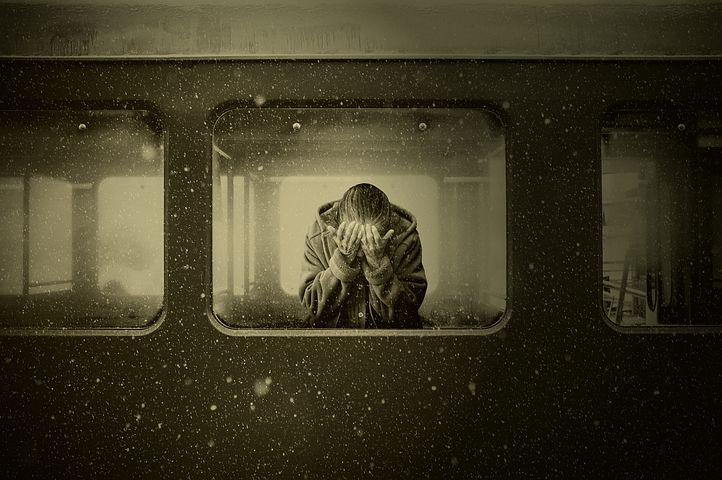 "Ahhhh, ahhhhh. Who did this? Someone?" I'm screaming, as I hug my son and wife kneeling along with their dead bodies. I feel despair as I shouted with so much pain seeing blood spreading in their bodies. I keep on shouting and my body is trembling of madness that I don't want to believe this is happening.

"AAAAAHHHHHHHHH, I WILL KILL YOU ALL!!"

Way back in 5 years ago, I was one of the strongest samurai who served King Raul. When he died and his son Ruko seated the throne as the new king. I left my position and went to the mountain to live a normal life. I didn't like how king Ruko used his power. He was so abusive and didn't value the lives of his people. I showed him a letter that his father king Riku allowed me to resign when I wanted to. I left the palace peacefully and since then I was living like a normal man. I went into a place where no one recognises me. I was so happy, so much happiness when I met my wife Shana. She's so pretty and kind but she's brave. I couldn't fight her because if I will she will just beat me. We live happily together, I worked as a farmer and Shana as well. Later on, our son was born and it gave me so much more happiness. That was the kind of life I've been dreaming since then. I was thankful that Shana allowed it to happen but just now I saw my son and wife died on the floor with so much blood.

No one tells me who did it and it makes me crazy seeing my family now gone. I'm so desperate that I wanted to kill these cowards people here. I just control myself because even just a little I still have my consciousness. I know these people are just being afraid. But of course, a crime will always remain a trace. I saw some red small red feathers in my house that I was had this when I was still a samurai. I know this was an act by king Ruko. I'm gritting my teeth as I'm thinking to kill him.

The rain falls heavily as I put my family in a peaceful place in the ground. I dug a hole as their graveyard together. Many people in the village come along with me as my tears never stop falling. They were the reason why I love my life and nothing else. When I was a samurai I always think to kill only to save my king but it was changed because of them. I have no idea how to handle the pain because it's killing me inside. After I buried them I stayed for a whole night crying with them.

"Shana, I don't want to kill again. I know you told me not to anymore but why they let me live. It should be me they killed." I said to my wife while facing their grave. 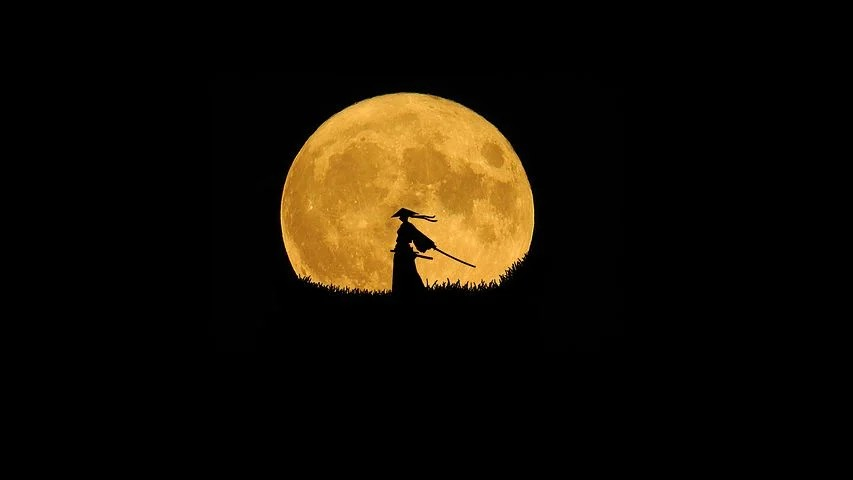 I get my sword and armour where I hid it for such a long time. I thought I will never use this again but these people force me to shed blood in my hands. Some people in the village stops me because they knew how powerful the King. I know why because we're treating all of us as a family. However, the anguish I'm feeling inside will not stop unless I killed the people who killed my family. I know of course that it will be hard fighting alone but living like this without a fight. It's a disgrace for a samurai like myself. I'd rather die fighting than suppressing the pain.

I know how invincible the king if I will attack him directly. They didn't know that the castle is like a backyard for me. I grew up in the castle and trained there. We raised there to be a skilled samurai to protect the king. I'm waiting to get dark before going to the castle. If possible I'm going to avoid the guards so it will not cause a commotion. I'm sure that when I killed the king the soldier has no reason to fight. My only target is the king and I know where he is sleeping.

The night comes and I start to move. I sneak inside the castle by going into the secret passage at the back. It's too risky if someone will be here waiting because it's just too small. When I open the door slowly a trap of arrows hitting me. I expected it so I dodged it by hiding the door. As a samurai, I don't bring a shield but only a sword and a dagger. I slowly walking and observing the surrounding. I know many traps are being placed here already. I managed to avoid some of them but there are others I didn't. I passed the secret passage with small wounds in my arms and legs. It's because of stones and arrows. 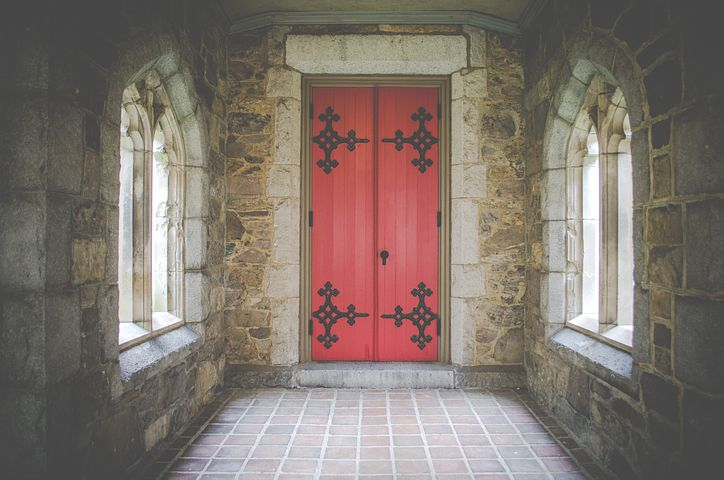 pixabay
I keep myself in the dark side of the hallway to avoid the guards who are watchkeeping the place. I reach the door of the king and I saw two guards are guarding it. I will not kill them if I don't need to but it's hard not to when they have swords as well. I slashed them both with the speed of my sword that they didn't manage to withdraw their swords. I open the door to be in the king's room.

"I know you'll come here Nobu. I knew you already and I expected you here." It's Saga, my fellow samurai, before. This man that I don't want to fight on because of his skills in swordsmanship.

He is laughing out loud and someone lit a fire to brighten the surrounding. "You have no choice because I'm the king's guard."

Suddenly, a king appears while clapping his hands. Then the other samurai comes as they guard the place, especially the king. "I really idolise your bravery Nobu but it's a waste that you disagree of following me as your new king." The king said as he sits in the chair. I'm thinking how to kill the king right away but I'm sure Saga will not allow me. I will just think to defeat Saga first and will jump into the king to kill him. I'm looking at the surrounding how will I do that chance. 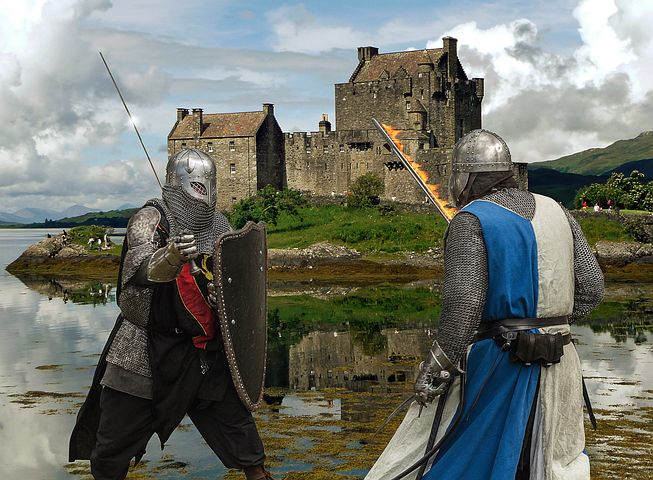 "KILL HIM SAGA!!," As the king said to Saga, his sword reach into my face right away. I was surprised that I didn't have the chance to dodge. I'm lucky that it only gives me a scratch. All of them are laughing seeing my wound. They didn't know that it's nothing compared before and Saga knows it. It's the reason why he's still has a fighting stance seriously.

Our blades exchanges blow as the sound of the swords fighting each other as well. Saga is good in skills but he is not fast like me. I hit his arm and give him a scratch of my sword. Everyone looks surprised by what I did and they look amazed at my speed.

Saga jumps as he shouts while he swings his sword. I defend myself not being able to hit but he didn't notice my other hand punches his stomach that made him steps back. He regains his fighting stance again as he raises his sword. I know that stance, he will act as he will attack in a vertical way aiming my head but actually it will be just a feint. He will slide under and swing his sword side by side to hit my both legs.

When he initiates it while shouting I jump and rolling in the air while placing my blade in the ground as I hold it and it hits his head. The sword of a samurai is very sharp that even just holding it will give wound. I killed Saga by hitting his head and when I fall to the ground. I'm in front of the king where he is sitting. He looks very scared that his eyes are glaring and his mouth remains open. I stab here immediately with the dagger many times.

"This is for my family!!" I shouted as I continue stabbing him many times. The king died immediately because of the numbers of stabs in his chest but I thought the other samurais will not move I killed the king. Unexpectedly, someone slashed me from the back and the others continue slashing and stabbing me by their sword. I will die for sure but at least I revenge my family. I killed the ruthless king in this kingdom and immediately my consciousness fades.