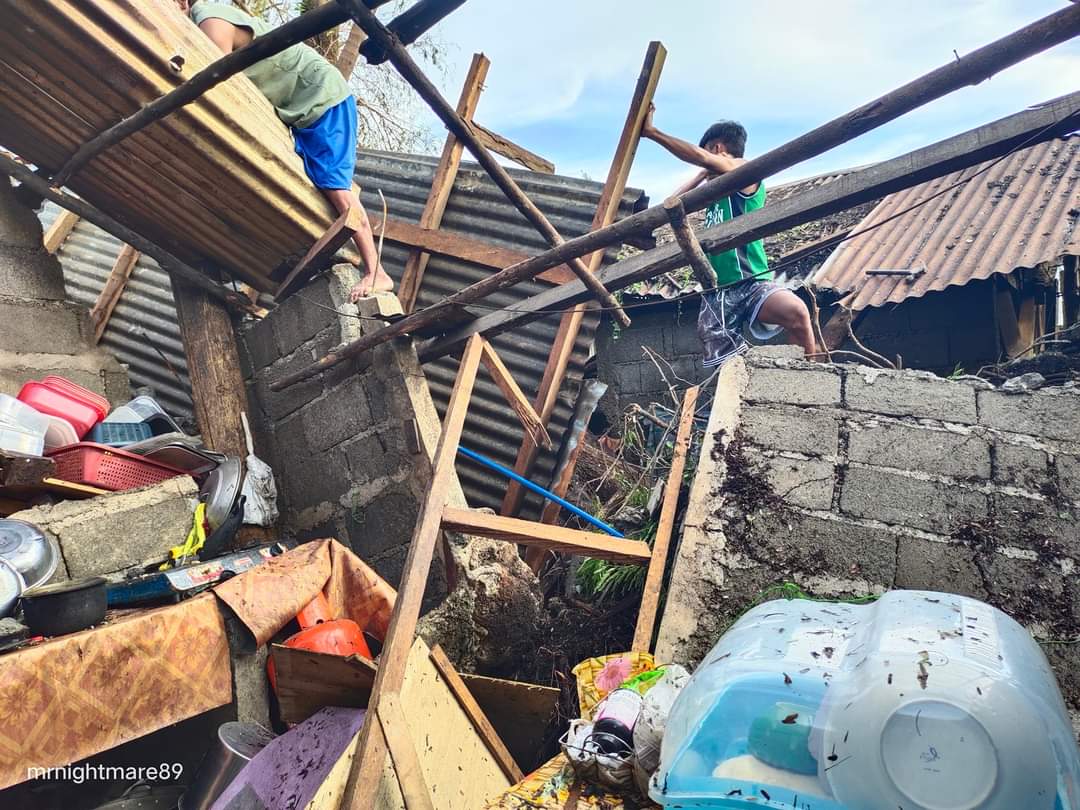 How can I forget the typhoon that for the first time I was afraid of the wind? For the first time, I prayed to God and begged that the heavy rain and strong wind should stop. It's like the sound of a siren as the wind whistles. It's like a bullet was hitting the galvanized iron rooftop from that heavy rain. As if it's not real, as if there's no way that that was happening.

How can I forget when everything that surrounds me was destroyed. The devastation of our environment, the trees, houses, establishments, and everything. There might be houses that remained standing but the roofs were blown away. Of course, I woke up in the morning and started to hate life. How could I love it when I couldn't help myself crying seeing the home filled with memories from my loved ones swept away.

I was inside and yet I felt like I was outside. I looked up above and all I could see was the sky. I looked around but I saw the people were crying as they passed by. Even though I cried, mourned, nothing would happen. Maybe if I just gave up life but I decided not to and continued. It was not that I wasn't expecting it after witnessing the strong wind. It's just too much to handle that I refused to. 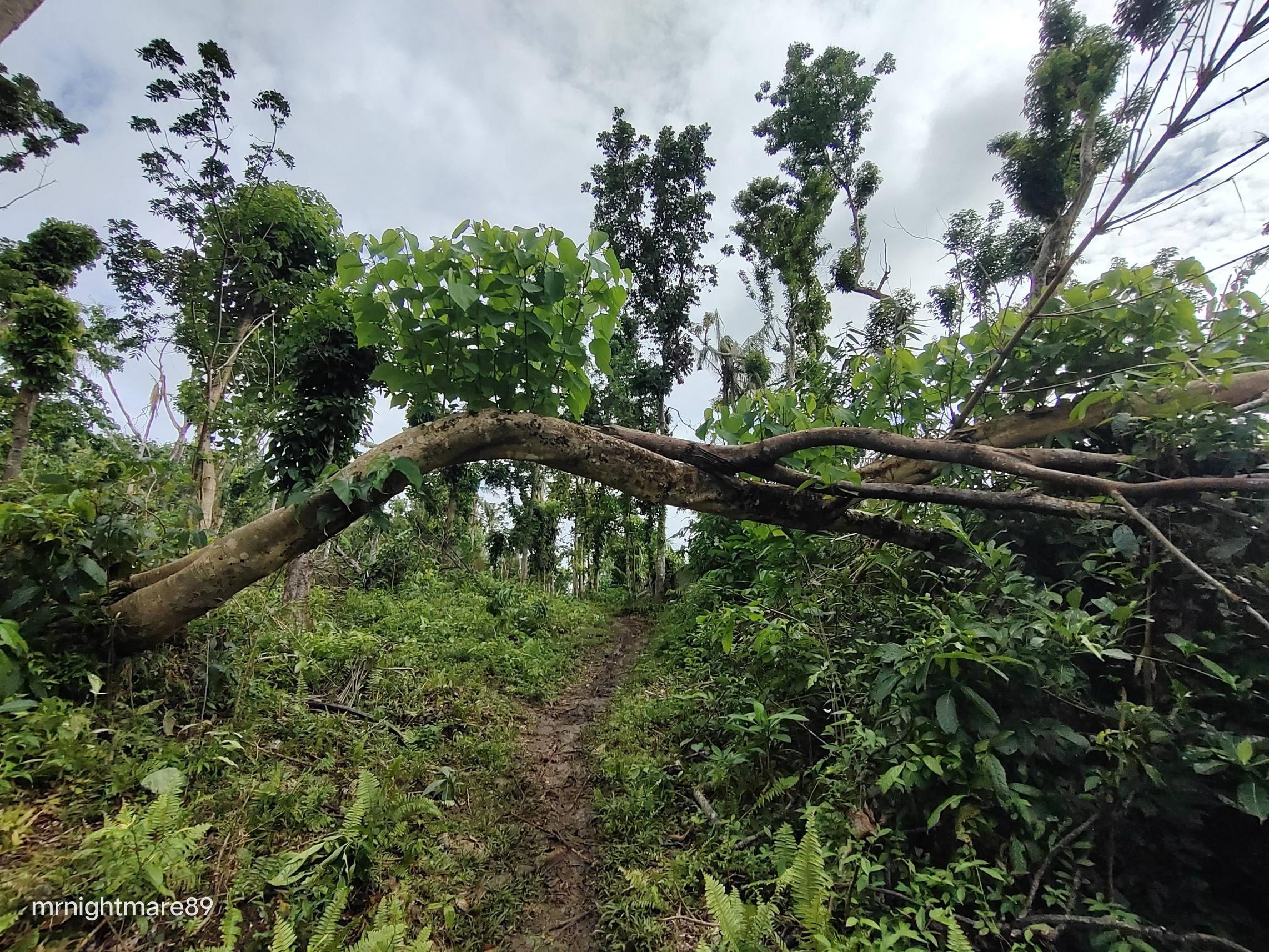 December 16, 2021, at almost 4 in the afternoon the wind was slowly blowing. The endless rain that started during the morning became heavy. I was the one who was left behind to watch over our house. I could still see people who were passing by but only the adults who were still active. It was not that frightening, it was tolerable, and while observing I was hoping it would not be strong.

At 4 in the afternoon, the connection between the internet and electricity was cut off. The wind became very strong and the flying galvanized iron was proof. The surrounding was so dark, it was not evening but it was so dark. I could still see what was happening outside as I forced my eyes to see. 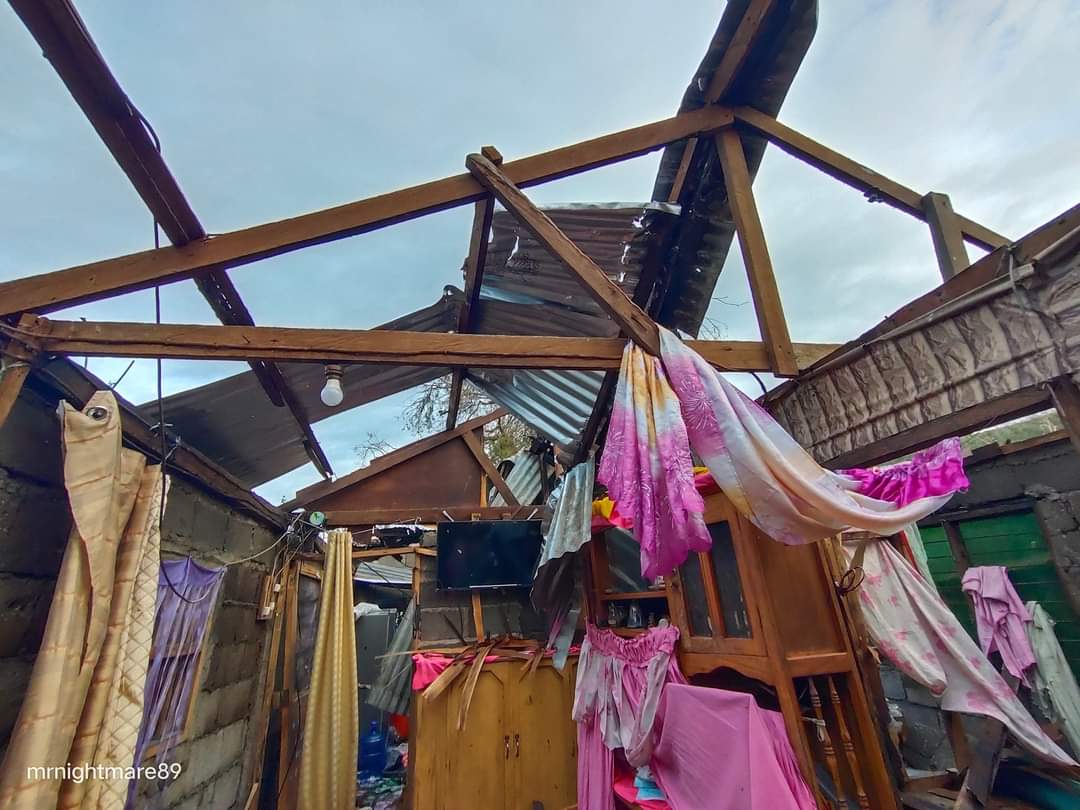 Our house was not fully concrete like other rich people or middle-class people. At 5 in the afternoon the wind became stronger. I found myself soaking wet even though I was inside the house. I was shocked. I didn't know what to do first. If I'd go outside when it's very dangerous. Any materials could be a danger when they fly towards me. I let myself hide. I endured the coldness and wetness from the rain. What's important was to make sure I was safer inside rather than going outside.

At 6:20 I went outside to check something. The wind stopped, even though the rooftops of our house were nowhere to find. I stayed positive and was still thankful the house was not destroyed. I checked my treehouse next to my family's house to see if I could change clothes. Too bad there was none and all of them were wet. I decided to search the cabinets inside if there would be something I could wear.

I was thankful that there was something I could wear. I kept myself fighting for what was happening and forced myself to smile. I was changing my clothes to report to my mother and my sisters who were at the evacuation area about what happened to our house. I was excited to tell my sister that her house next to ours was alright. I was changing my clothes when the rain was blowing again. It was like the turbo sound of a car that never stopped. I began to be afraid that the pieces of wood or the foundations of our house would fall to me. There was no rooftop left in our house but there were pieces of wood, metal, and many more that could hurt me. I ran towards the house of my sister to hide. 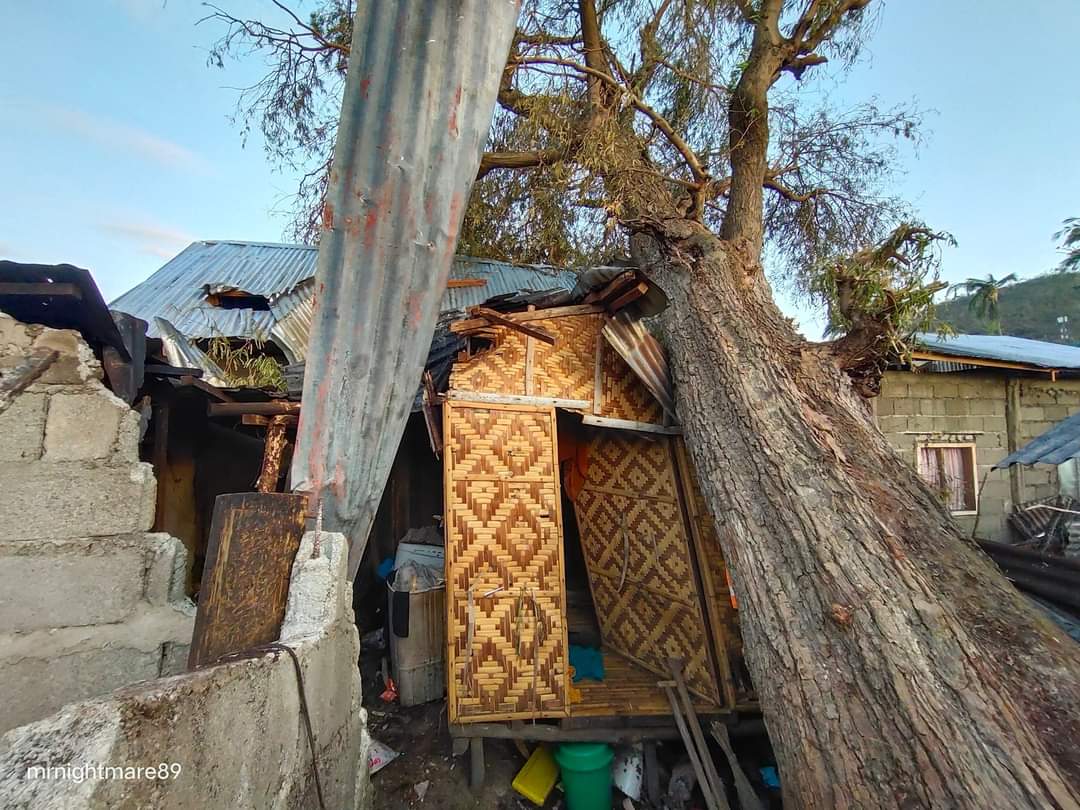 I felt like I was safe there and waited until the wind stopped as well. The second round of the wind that blew was stronger compared to the previous one. What's worse was its ability to never stop blowing. It's not the same as the previous one in that it blows strong and then stops and then strong again. The second round was like riding on a motorcycle running so fast with a stable speed. It became scarier because of that. That's the time I cried inside. Squeezing my fist for being afraid that the big tree next to our house would fall. I kept looking above to be ready if something hard hit the rooftop and I could avoid it.

30 minutes had passed but still, the wind speed was the same. Then that's the time I decided to leave and ran to find where I could hide. The tree next to our house fell on my sister's house. It didn't fall hard but the rooftop was destroyed. I could feel the wind and the rain tearing my composure. I felt sorry for my sister since her house was just built months ago. I was imagining how painful it was for her when she saw this. 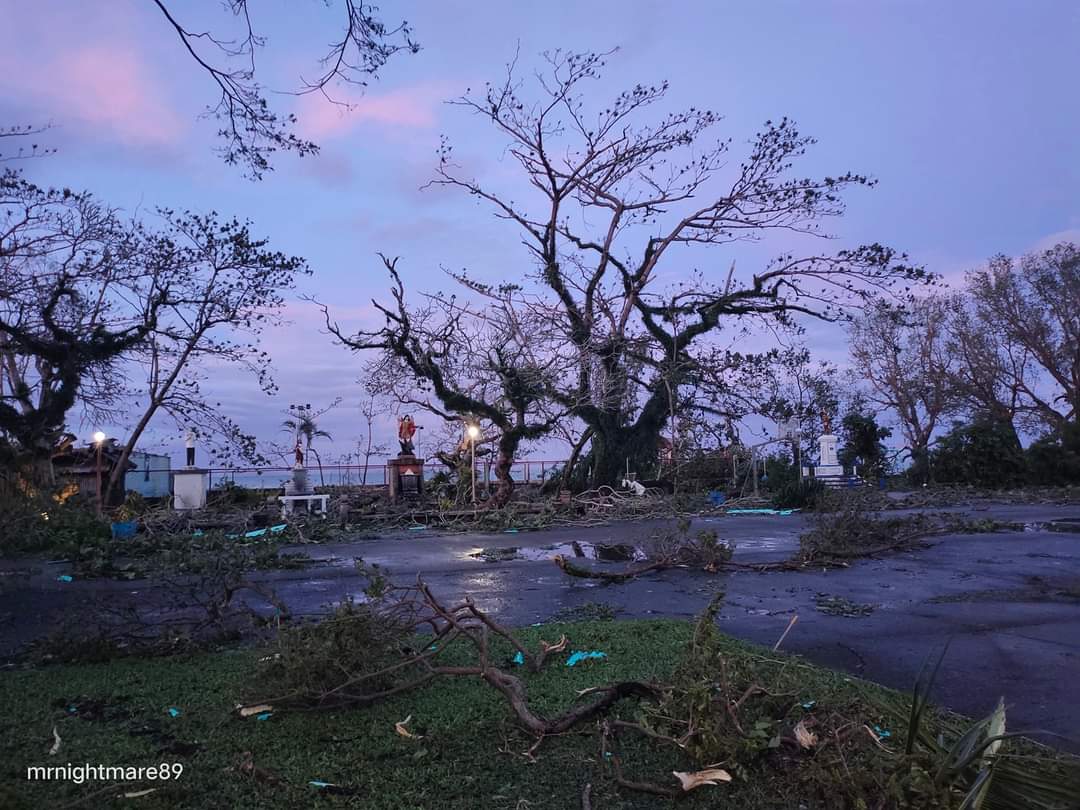 I ran as fast as I could while observing my surroundings. I was searching for a place, a house to hide from the danger of flying things and not to feel so cold from the wind and rain. Luckily, I found a friend not far from our house who was inside his house called me through his hand waving. I immediately went inside his house, resting and wounded. Not in my physical heart but in my heart. I was sitting on their chair even though I was so wet. I was crying silently since he could see me because of the darkness. Little did I know it was dawn already. I decided to go to church to attend a mass since the 9 days of mass before Christmas was ongoing. I thought of telling God what was happening to us. I was like a young boy who needed God's comfort to ease the pain inside. I told him everything while attending the mass but I was outside to cry.

After the mass, it was already morning, and the darkness faded. I guided my mother who was very old and wanted to come home with my sister too. They said it was alright since no lives were being taken. My sister said she was okay but when she arrived and saw what happened to her house. She kneeled and cried. I couldn't stop myself from crying but only hiding. I left to cry hard when I saw her only young daughter cry and ask. "Where will we sleep now, Ma?" It was too painful for me to handle it and decided to leave and check things to be of use inside our house.

Though it happened almost 3 months ago. The pain of what happened is still present. Just thankful for the people who helped the people who were affected. Our house was totally destroyed and even now we are still searching for the budget to finish the construction. It's not easy to build a new one but being positive will help us to encourage ourselves that we can finish it.