Living in the City since I was born was kind of hard to adapt to living in the province. Not just an ordinary province but worse than what it is. It's like living from the old days where no TV, gadgets, and of course no electricity.

I was asked by my parents to take care of my grandfather who was ill and too old to be alone. I was excited at first when I arrived at the place. Amazed by nature and at the same time, the way people treated one another. Unlike in the city where I came from, you barely recognize the neighbors through their names and faces. I was aware that their reasons were because of being busy with their own jobs. It's just that comparing the lifestyle in the province where people most likely were your friends; Talking often in the morning and the afternoon.

It was fun at first but as time flew by I got bored eventually. I started missing the kind of lifestyle I had in the city. The nightlife, partying, online games, and many more. I began to feel bored thinking there would be no interesting things to see anymore. However, I was wrong. I accepted I was after seeing this beautiful lady who stole my heart.

I was in the river throwing stones to ease the boredom. I spaced out and just looking the direction where I didn't know what I was seeing. To my surprise, I saw a pretty lady start swimming from a distance. From the first glance and it continued that I didn't waste a single time not looking at her. I felt like I was in love with her already. The beating of my heart got faster and faster while hoping she would not leave immediately.

When our eyes met and she did notice I was there looking at her. She immediately left like a wild animal who saw a human being with a fearful expression. I left and wondered why so? I looked at my reflection in the water and asked myself.
"Am I that ugly?"

I suddenly remember that I am and just felt sad.
"Judger"(A Filipino expression of telling someone judgmental) 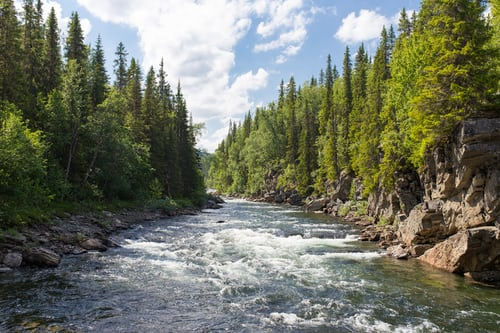 Even so, what happened, I kept coming back to that place hoping to see that woman again. For the whole week of coming, at last, I saw her there once but this time not swimming. She was washing clothes and immediately rush toward her before missing the chance to finally meet her.

As she saw me and heard me, she looked at me very sharply. As if she was angry that I came over towards her or maybe just my presumptions she was just afraid. I decided to prove to myself that I was harmless even though maybe it was not that obvious.

"Please don't be afraid, I won't hurt you. Sorry for my face if it's just how it looks like."
I glimpsed so she would think I was joking and maybe would smile back.

"I was hurting myself."
In my thoughts just to gain the trust of that woman as I slowly sat beside her.

"What's your name, Miss? By the way, my name is Paul and actually, I'm not from here. I came from the City but currently living with my Grandfather named Peter.
"Really?"
She replied and I smiled exaggeratedly that she might be interested in me. My information was correct that country girls would be interested in city boys.
"Yeah," I answered confidently with an arrogant expression.
"Sorry, but you don't look like one."
"Ouch, she hurts me."
Talking to myself after what she just said.
"I mistook you for someone else living in the next village as a farmer."
"Ouch, that was harsh you know."
I replied to her like a friend of mine because I thought what she just said was just a joke. I then faked my smile and said.
"You're a good joker, huh?"
She shook her head and said.
"Actually I wasn't, I was damn serious."
I thought she was because she didn't smile or even blink when she said that.
"Okay"
I was out of words and the only I could reply was just that single word.

"Sorry, I was just kidding and my name is Therese."
Perhaps she noticed me like a crybaby so she took what she said as a joke. I was smiling but couldn't deny the fact I was a little bit embarrassed. It's fine anyway because thanks to that we became good friends.
Then on we spent together most of the time, if not in the river we went to the forest. There were no places to hang out except with the beautiful nature and also she refused to when I invited her to come to our house. She became comfortable being with me maybe because she's always told me harsh words that I didn't know if it's true or real; just that her words were painful. I didn't mind anyway since all I cared about was spending time with her that made me happy. Also, I was always fine because no matter how she made fun of me my heart kept bouncing with joy; especially when I could see her pretty smile always.

“Where are you going?”

Hurriedly she left without a word when the surrounding started to be dark, it was our first time spending longer. The smiling face of mine all of a sudden was zipped. Since then I stopped feeling the presence of Therese. My love for her couldn’t be stopped so I started searching, full of wonders why. I began to be curious about who she was and at the same time desperate to confront her. I had so many questions that only she could answer. 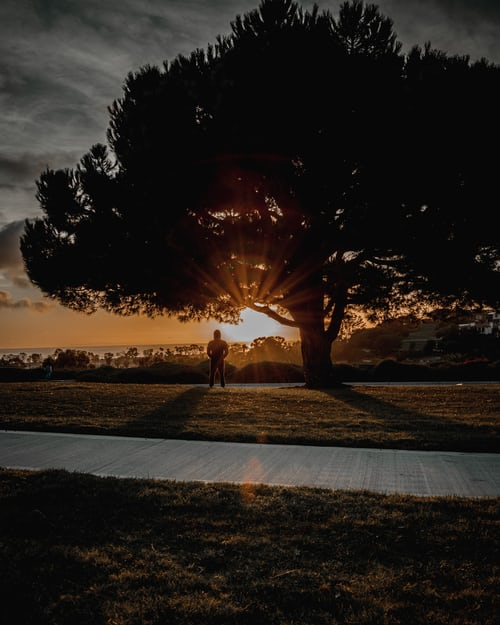 “Therese, where are you?”

Almost a week of searching for someone was very exhausting. I rested under the tree as I breathed deeply. Look to the surroundings while feeling sad as the wind blows.

“Don’t search for me.”
I woke up. I was unaware that I fell asleep as I saw her in my dream, she was begging me not to search for her. Instead of being asked not to I was determined to, something was telling me she felt lonely right now. I rise where I was lying and went back to searching again. It was dark already and I just thought of going and resuming the searching tomorrow morning.

“Aren’t you afraid of me?”
Therese suddenly showed up in front of me but that was not the issue at that moment.

“I missed you so much. Where have you been?”
I cried silently as I hugged her tightly. It was so obvious to her that I was longing to see her but I didn’t care. I was being bold in my actions that were telling her that I loved her.

“Paul….”
Her words seemed to shake as if her tears were trying to fall.

“What’s wrong?”
I was really desperate for answers.
“Sorry, but we are different.”
She was so serious and I thought of fooling around.

“Come on, I knew it long ago. You don’t need to say it in my face that you’re pretty and you just want to play hard to get.”
Her depressed face turned to be madly serious.
“I’m being serious here, Paul.”
“Sorry,” I replied and behaved.
“We are different Paul.”
I couldn’t understand what he was trying to say but most of all I couldn’t believe what I just saw. I gulped. I looked up high and wondered what the hell she was doing to fly above? 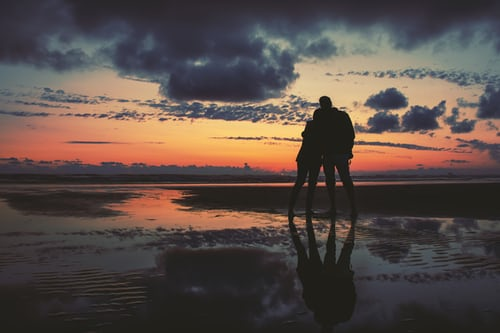 “Hey…How can you fly easily?”
“Stupid!!”
She yelled at me as I showed emotions that I was amazed but actually I was just pretending. My body shivered as I could see a creature that I just heard about in stories. The rumors about Filipino folklore are named wak-wak or witch. I never thought they were real because all I thought they were just a myth or made-up stories by the oldies to scare children. However, I was facing it, and the worst thing was that a creature or a woman that I loved. It’s just that in the stories they looked like a big birds and couldn’t control themselves and that is why they hurt humans. Therese was different because she was conscious or wide awake of what was going on with her and still the human her was still there.

“See?”
She was crying with shame showing the real her to me as she was slowly flying down towards me.

“Why are you crying?”
Instead of being afraid I was sad for her knowing she was different. The fear I felt faded as soon I could hear her voice crying for sadness.

“Why would I not?”
She paused and distanced herself from me turning her back on me.

“We couldn’t be together.”
I just assumed she was sad because she was a witch and I was a human.

“But you guys don’t eat human flesh?”
Just something I wanted to clarify before I felt undecided about what to do next.

“What?”
She annoyingly said and walked towards me slowly and I felt like being afraid a little inside.

“Will you stop reading too many books that you forced to be real?”
I smiled in that situation because I was a fool to believe all those stories.

“Of course not, we are just like you. We are still human so why we would eat human flesh? The only difference is that we transform during the night.”
She clarified herself and I smiled as I felt assured that I was safe.

“Okay, last question.”
I told her but her face changed because maybe she thought I’d ask a foolish question again.

“Please don’t get mad. I’m being serious here.”
She calmed down and listened.
I held my breath to pull my courage.

“But can we have a family? Like you could bear children from me?”
She looked embarrassed but I could see her face glimpsing.

“Of course, you idiot.”
“That settles then,” I said and without a delay, I hugged her. We decided to live in her place since for sure people would wonder who she was.
My day was always full of happiness and nothing could be sweeter than waking up in the morning and seeing Therese beside me.

“Good morning”
“Good morning too”
“How was your flight last night?”
She frowned her face but I just smiled and hugged her.
“Sorry, I was just kidding.”
She hugged me tightly and said,
“I love you”
“I love you too…”