"Hey, where are you going Ramon?"

"Aren't your feet colored yellow by walking towards the mountain?"

My classmates always mocked me because of the place where I lived. Unlike them, they're living in the town, and they bragged about it. At first, I went home crying and was mad at my parents why they chose to live in the mountains and not downtown. I was sorry after when my father explained to me why and felt guilty about my behavior. Instead of understanding them, I was like my classmates who thought living in the hills was a bad thing.

"Son, sorry if we are not professional and all we can do is to live in the mountains where the source of income is here."

I was just listening when my father said his reasons.

"I was living before in the town but nothing good happened because I was uneducated. I had heavy jobs but didn't earn a good salary. Unlike here in this mountain, if the crops, fruits, and vegetables can be harvested we can have a better amount."

I wasn't crying but I felt sad for my father and a bit guilty about hurting him. Although thanks to it when my friends kept laughing at me because I'm a mountaineer I didn't care. I realized that I have a better environment compared to them. Also, I have had a healthier lifestyle because we grew our food and the green environment.

Later on, I studied college but not because I wanted to work in the towns or cities. I was studying to learn more about growing plants and how to develop the lands that we owned. Of course, it's nothing new when people judged me just because my place was located inside the woods and up in the hills. I ignored them and I thought there was no reason for me to explain myself since I'm happy with our home place.

While studying college in the town I disliked it. It's so hot and it's so crowded, along with the polluted places and overuse of technology.

"This is not my place," I said to myself while looking around. 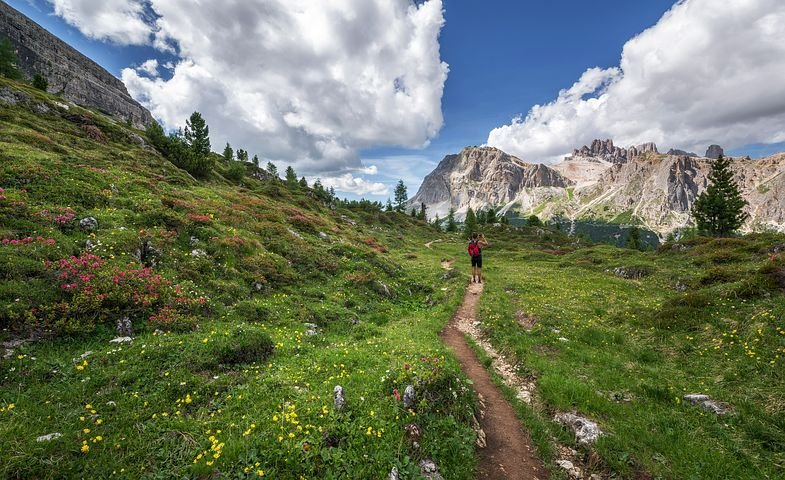 It was during the summer break in my 3rd year of college that I decided to go home. I didn't understand that instead of taking up summer classes I decided to go home and spend my time there. I thought I missed growing plants, living surrounded by beautiful nature, and healing mentally and physically. Life with so much entertainment or having fun nightlife didn't interest me. I always thought that what my father had encrypted in my mind was the kind of lifestyle, was correct.

One time, the blowing of wind was not normal. As a mountaineer like me, we could tell if it's a good sign or bad depending on the wind. If it's strong wind but a little bit colder it means heavy rain will be coming. When a comforting wind blows it means there will be a normal rain to come. But if a strong wind blows without moving the leaves of the trees above it means a strong typhoon will come.

I went outside hurriedly when I felt the strong and cold wind. My father just nodded and we started checking if our roof can withstand heavy rain.

We're still checking the roof when the big pieces of raindrops fall one by one.

"Ramon, let's hurry because it's coming."

My father shouted when he felt the rainfall. I was a little bit scared because it's an evening and what if it will create a flood. It's hard to watch over when we are sleeping already. Fear and worries kept running into my thoughts.

Gladly we finished checking and the rain started falling heavily, it's like the roof was getting destroyed. We were just monitoring the flow if there would be a sound of a strong flow of water from above. We could tell it easily because the leaves would create a sound. It kept falling for almost 5 hours non-stop but we felt relieved there was no strong wind that might have pushed the trees to fall down. Also, upon checking outside before we decided to sleep. There were trees a bit far from our house that prevented the rain from creating a flood. 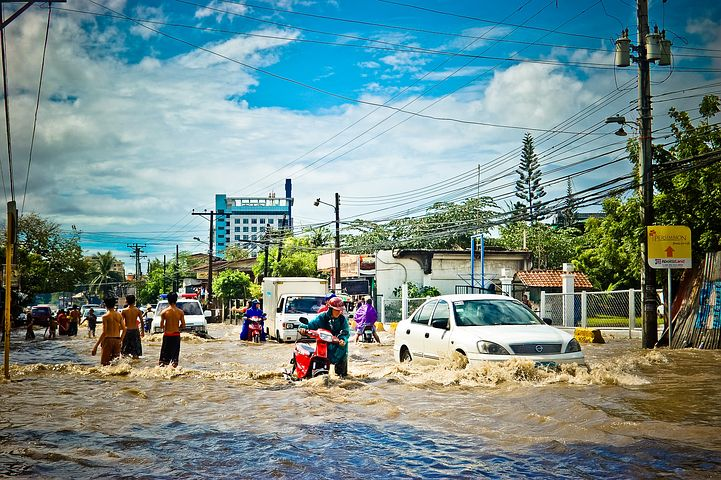 When I woke up at 8 in the morning my father asked me. My father is a nice person and always a caring person to others. He was one of the volunteers who were willing to help in times of disaster.

That is what was in my thoughts when I saw the situation in town. There were scrapped materials in the streets and from the look at it there was a flood. I presumed it was because it's hard to see trees or plants in town. Bigger establishments, populated, and the people throwing garbage in the drainage. It was obvious because a lot of garbage and scrapped materials were being washed out.

A lot of people were crying, not just children but also adults because their houses got destroyed. Their things were broken as well but still, a little bit relieved because no one dies, only hurts. I didn't know when people would realize to value nature first instead of their unnecessary needs. I hope it won't be too late that in the future not just materials or houses get destroyed but human lives. I hope they'll wake up and realize that it's better to live a simple lifestyle like us in the mountains but with no threat from disasters like this. It's fine not to have everything that we wanted anyway when it's not necessary as long as we are safe. Still, all we could do was to help them because it's not us to decide what kind of lifestyle they would want.

By the way, this is my participation in @ecotrain's question of the week but I just wrote it through fiction. You can check the details here