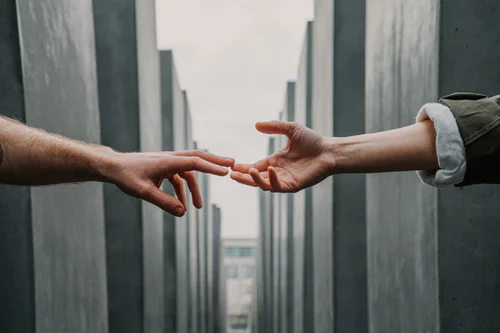 It's part of my memories that I want to state through freewriting. It was my story when I was young and was in love. A young lad who thought that love was too easy to handle and easy to correct. But when I was into that love and was into that broken heart. I realized that it was not easy to forget and to move on like it will be nothing. Well, I was ignorant back then because I had no idea that love was like that. I thought I was invulnerable but until now it's hard for her to forget.

I don't know how to start my story with this woman that I loved before. All I remember is that we knew each other from a phone. At first, there was no excitement in our conversation from messages. We hardly call because I was a student and had no extra money to load my phone to do calls. But sending messages to each other for a month became us closer. Even though I only had the money for my food allowance. I used it to load my phone because I became excited to hear your voice and to talk to each other. After our first conversation through voice call, I said to myself, "what a wonderful feeling."

As time went by having a conversation with each other. I was eager to see her in person and to make a conversation while seeing her. It was not my first love but I felt different sensations talking to her. Months have passed and I was given a chance to see her. It was far from where I was studying, 6 hours riding on a bus. I didn't mind about it because I felt desperate to see her in person. I had no enough money but it's fine again, my purpose was just to see her. I was thinking that I will just go home after I saw her. That's what I thought but when I saw her I didn't want to go home yet and stay for a while.

I stayed for almost a weekn in the house of my friend. I was thankful that my friend lived not far from the house of her. I stayed there and she just visited me when she was not busy at their house. I was there to their place for 3 days but I noticed something . She just visited for a short time, it was not an hour but only couple of minutes. I thought it was wrong of doubting her but I couldn't help it. She was showing me things that it shouldn't be. Then it got worst when 2 consencutive days she didn't show up. She sent someone to tell me that she needed to do something so we can't meet each other. I then decided to go home and left without saying goodbye. I thought it was an absurd reason and it's unacceptable.

That's it, I arrived home while my heart was broken into pieces. I loved her and I missed her and I didn't want our relationship will end. But someone of her friend that became my friend told me that she had another boyfriend. I had an idea that she had but it's just hard to accept. But that time I was sure that there was no chance for us even though I was hoping that there was. I couldn't bear the pain because I really really loved her but there was no way that my love for her will not be in vain. She didn't love me and that's enough reason to stop on loving her.