I'm planning to kill myself because I want to end this misery. I saw in my own eyes that my longterm girlfriend was getting married. She was my life, my everything, and my world. I'm thinking that there's no reason for continue living in a life like this. This world is so unfair to me even when I was young. I live alone because Mom and Dad died early in an accident. While holding my breath, tears won't stop falling from my eyes. I'm afraid to die but I think it's more fearful rather than living like this.

I'm really determined to kill myself. I closed my eyes and thinking to nothing.

I fell from the cliff and still, I could feel my body hurting. I'm still not dead but I can't any longer move. I think this will be fine and let myself die being like this. I can still see and I can see someone is walking towards me. A pale and thin man with a handsome face. He smiles at me and said.

"Life is fun, why you decided to end your life?"

I'm explaining to him why even though I didn't know him. It's not important now because I'm going to die anyway. I keep on crying through my flooding tears. After he heard me my reason he just said.

I'm wondering what he meant by that but anyway if there will be a way to be like that. I would gladly accept it and want to live.

"Really? Then tell me how or I'm not gonna make it."

He smiles and said. "Okay." Suddenly he kneels down and bites me in the neck. I don't understand why he did that but after he bit me my body began to feel numb. My head is hurting like a headache but it's too much. My world goes round like I'm pulling in a hole. Then in an instant, I fall asleep.

"Where am I?" The first words I said after waking up.

No one is there when I woke up. I rise up from the bed where I'm lying. I'm surprised that I didn't feel any pain at all. I suddenly feel really hungry, so I go out in the room to find something to eat. The surrounding is not very bright from where I used to live. All I can see are dim lights that surround me.

"What is this place?" I'm confused.

I found too many foods on the table so I run towards the table. By stepping my first step I'm stunned when I arrived right away in the table. I just ignored it for now because I want to eat something to fill my stomach.

I eat food right away without the consent of the owner. Just planning to ask permission later when someone will arrive. When I took the first bite of the food I feel nothing. The food looks delicious but I don't know why I didn't taste anything. I eat more and more until I can feel that my stomach will be full.

Suddenly I feel like want to vomit because of the food. I suddenly taste the food so bad. I run outside and then again I arrive immediately. I look into my hand and ask myself.

"What's happening to me?"

Someone said came from beside me. Puffing cigarette while sitting.

A guy suddenly came out in the dark and tell me everything. He was that guy who bit me and he said he's a vampire.

"Did they really exist?" I asked.

The man laughs and tells me everything. They still exist but remain hidden so that the people won't be panic and won't hurt them. They don't kill a person but they will just buy blood from the blood bank or find someone who will be in an accident.

"Don't worry, I'll teach you how to suppress yourself from the hunger of the blood." He said as he brings me into the crowded place.

When we arrived in that place he said. I saw my ex-girlfriend Hana became older. I think she's in her 40's or 50's now.

"How many years did I fell asleep?" I asked.

I can't believe I slept that long and I feel like I'm being left behind from the world. We began in suppressing my hunger from the blood and it takes a year before I can finally do it. But I feel like the time is shorter than I can ever imagine. After the teaching of Sir Vladimir in suppressing. I always go in the house of Hana, not to go inside but watch her from a distance.

"She's still pretty despite her age." In my thoughts.

I've been doing that all the time until Hana passed away because of her age. I don't understand but I still cried when she passed away. I thought I will forget this kind of feelings but it seems it's getting stronger. 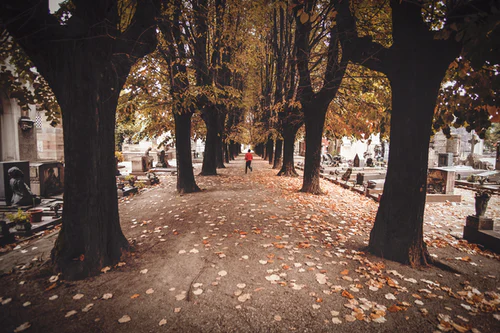 When the people left in her burial ceremony I go over where she's buried. I stand up while talking to her. I cried so much that I sob and talk to her.

"Why you didn't tell me that you agreed to be married to that guy because of the debt of your family? Why you didn't let me help you in paying it and you won't decide of breaking me up?"

I keep on crying which makes me kneel down to her grave.

"Did you know that I became vampire because of the pain I felt when you left me? I thought I can forget you but my love for you is so strong that I can't forget you. Now, it will just make me lonely seeing very dear to me pass away without getting old. But now that you're gone I don't know to whom I laid my eyes on. There's nothing to be done for now, so I will just say goodbye even though it hurts so much."

I turn around while wiping my tears in my eyes and planning to walk away.

"Who are you? What's your relationship with my mother?" A woman said that looks like Hana. She's so pretty like her mother, even though it's my first time seeing her I could tell already that she's her daughter.

I smile at the woman and said.
"A very dear friend by your mother and by the way my name is Cyril."

She looks confused but she then smiles.