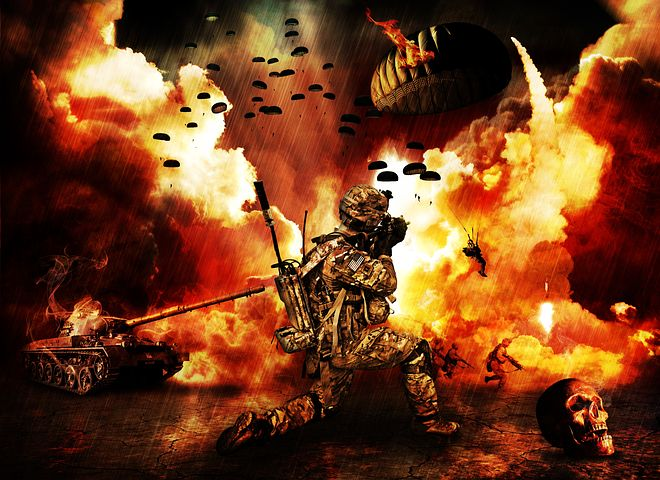 "Lance, why are you stopping me? Why are you defending these people's lives here? Aren't you feel mad when our best friend Cheska died to save them?"

Kram said when I want to stop him by doing this kind of behaviour. As a friend, I love him and I don't want him to be in a wrong path.

"Kram please, don't do this I don't want to fight you. Enough this madness because many people will die." I replied to him as we are exchanging fists and kicks in the fighting.

"This is not madness Kram. This is justice for what happened to our best friend Cheska. She carried the mission well and died but no people mourn her death. I want these people to experience despair instead of living in luxury while our friend sacrificed herself."

I hit him with my fist and he fell the ground. He cried and keep on talking about how heroic Cheska was. I felt broken and crazy when I saw she died in front of me. I feel that kind of emotions but may be far from what Kram feels because he loves Cheska very much.

I feel down as he reminds me of how useless I was. He continues beating because I let him, I feel responsible for what happened to Cheska. He hits me hard in the face that blood spilt from my mouth. I can feel my face swollen and bruises. I lied down facing the sky while Kram keeps on punching me in the face as he cried and said.

"You are a useless friend. I trusted you to protect Cheska and what did you do? What will happen to me now? Lucky for you because since your father died you didn't feel anything anymore. I didn't know if you're still human back then because you never showed us a single facial expression. You're heartless and a scum." 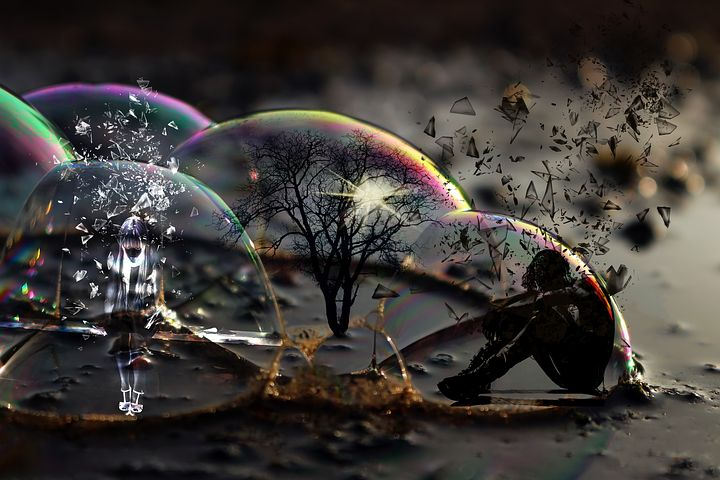 As Kram continue punching me in the face. I suddenly remember what happened to me when my father died. I felt so much loneliness in my heart. I isolated myself to everyone because I thought I had no right to be happy. When my father died changed the smiling kid from before. I felt like I wanted to die because I was the only one left. My mother passed away when I was born in this world. My father was the only one for me but as a police officer in a chaotic world. His life was always in danger but I didn't think of it because my father was strong and kind. I thought that would be enough to make him safe but I was wrong. He was betrayed and died because of saving someone.

My world changed, totally changed that I had no time to play around. As 13 years old boy I need to live my life. That's why instead of playing I made myself busy working to survive. The financial support from my late father's job was not enough. I focused on working and taking care of my studies well. I wanted to have a nice job in the future because I knew how hard life without a proper job. Since then I felt like I didn't know if my heart still beats. I didn't feel anything like I never cared about what will happen in my surroundings. I was busy on concerning my lifestyle instead of others.

That's what I thought until I had time with Cheska and Kram. We were both in military training when we became friends. I never showed them how I felt while they were with me. Kram was a joker and people surrounded him always having fun. Of course, I was included but I didn't show it. I was embarrassed to smile or to show I was having fun with them. I was just not being used to it anymore so I didn't know how to react with it. It was fun being with them but they thought that I haven't since I kept my distance to them. I was just afraid that I was cursed. The people I love will die and I wanted to protect them. Just like what happened to my father and now to Cheska. 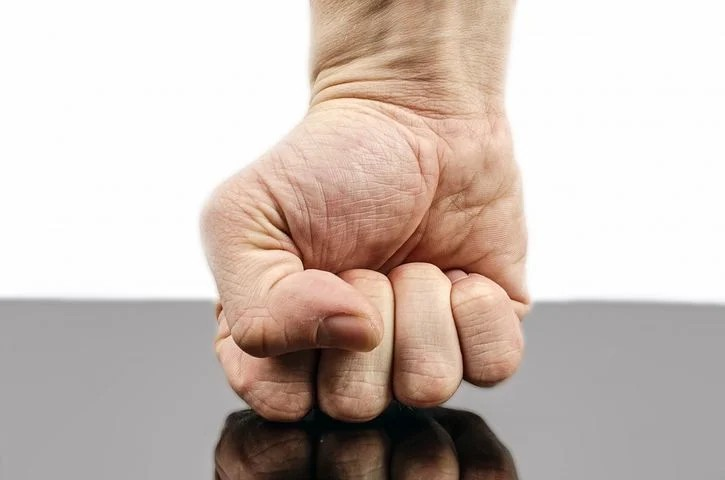 Kram still not tired of punching me. His desperation of seeing Cheska died is in resentment. I didn't know but his punches are not hurting anymore. Then I'm wondering why my tears are falling as I remember again what happened to Cheska. What happened to those people whom I loved.

"Did you know that Cheksa loved you so much? I bet you didn't know because you never cared for anything but only yourself. You didn't know how it hurts me so much when she looked at you like I looked at her. How I wish that she looked at me like that but it didn't happen and I was only her friend, a close friend."

Kram said with so much madness in his face. I knew what Cheska felt towards me. If I could just say it to Kram that I decided not to because I knew he loves Cheska so much. He thought that I was ignoring them both when all I did was observing them while I was hiding. I decided to be like that so that the sparks both of them could grow. All I wanted was their happiness even without me.

"What had happened Lance? Why you didn't tell me how she died?"

A question that I would never answer even if it cost me life. For sure he will go berserk if he will know. 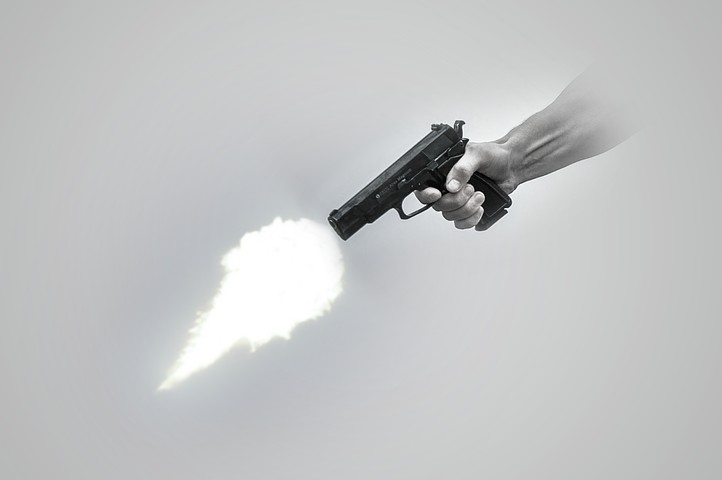 It was in November when went together in the mountain for a classified mission. We were just both private back then. Our officers told us with my fellow soldiers to rescue hostages. I was excited and afraid because it's the first mission. When I observed Cheska, she seemed bothered. I kept an eye of her and her surroundings. I didn't want something bad happens to her. I wanted all of us to be safe but if I will choose someone to save. Of course, it will be Cheska.

When we reached the top of the hill. The firing started that we were in a disadvantage position. The enemy or the communists fired the high powered gun from above. For an hour of exchanging bullets, my fellow soldiers wiped out. It was just I and Cheska survived and she leads the way in a safe place. I didn't know but I thought she knew that place. Only to find out when communists encountered us from above. Cheska was a spy from them. I couldn't believe what she just said to me. I didn't know how to react since communist was our mortal enemy and I saw Cheska so determined to be a military.

"Why Cheska?" That's all I could say to her that time while losing hope.

"Sorry Lance, my father was killed by a military before for no reason and that's the reason to be in the communist's side." She replied to me with tears started to touch her pretty face.

I turned my back towards her because of disappointment.

"I know you will not forgive me Lance but believe me that I will not let you die here." She said with convincing words.

"Cheska, you know we couldn't let that person live or else our plans in the military will be ruined." Some of the communists said and Cheska disagreed of it. They were having an intense conversation until someone aims the barrel of the pistol into Cheska's face.

"We will kill him or we will kill you?" They said and Cheska suddenly faced me with a smile and said. "I love you, Lance". She pushed me hard that I kept on rolling in the ground because the ground was slanting. Then all of a sudden I heard a big explosion where she was standing and the communists. It's like land mines that were set up and triggered by something because it explodes from everywhere. After that, I caught by the wave of that explosion and I fainted when I hit my head in a tree. When I woke up I was in the hospital while grieving the death of Cheska.

How could I say it to Kram so I just said to him.

"Just hit me until you're satisfied."

"How would I be satisfied when you still live and Cheska died." He said as he pulled a gun and aims to me. I closed my eyes and ready for it. I heard a gunshot but I didn't feel anything hurting from my body. When I open my eyes Kram lied down with blood. Someone shot him in the head and when I look around. There are police officers all over the place. I didn't call for reinforcement because I wanted to handle it and this happens.

I cried and shouted because he is the only one left for me and then this happens. My tears don't want to stop in falling as again one of my love ones leaves me.