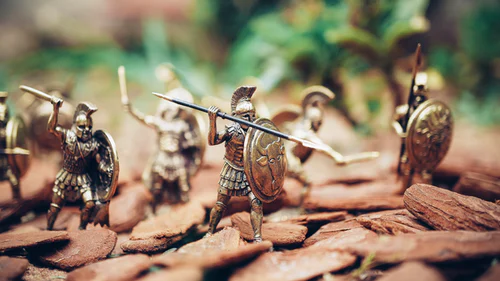 from unsplash by Jaime Spaniol

“Ranga, watch out.”
I heard Ono shout calling my name to watch around my enemies but it was too late for me to dodge the dazzling slash from a sword of one of our enemies. I managed to glance at the sword but I accepted the fact that it was over for me. I could not escape death upon seeing the sparkling sharp sword coming.

“What the….”
Everything went black all of a sudden. I thought of myself as a dead corpse from the instant I opened my eyes. To my surprise, it didn’t happen and it was Master Gonjou who blocked with his back while facing my back and holding my shoulders. I kicked the enemy who was in front of me after I deflected his sword. I immediately stabbed the enemy who slashed Master Gonjou.

It was not a samurai thing to shed tears in front of the people but Master Gonjou was my Master and like a Father already to me.

I was on my knees kneeling, holding Master Gonjou’s body lying in my arms, catching his breath and vomited blood.
“Why, Master Gonjou??!!Why??!!”
I couldn’t stop myself to let the tears dictate what I was feeling seeing Master Gonjou was dying. I felt like I didn’t care the situation I was in. I heard the sound of exchanging swords but I ignored it all.
“Ranga…”
Hardly. Master Gonjou was trying his best to say something.
“Yes, Master”
A sad face covered with tears was all I could show him but not a strong samurai.
“I have a favor to ask.”
“Anything Master”
I immediately answered while he could still say a word.
“I have a young daughter in the province of Susuri named Anya.”
He could not say the words smoothly because he was catching his breath. I continued listening and decided not to interrupt him talking.
“Please look after my daughter. I’m begging you. She will be an orphan now after I’ll be gone.”
I could tell how he loved his daughter so much because he was so desperate to cling to life for his daughter even in his situation.
“Please don’t say like that, Master.”
I wanted to say it but so I only said it to myself and let him finish talking.

“AHHHHHHH”
I shouted when Master Gonjou closed his eyes after what he said was all that he wanted to ask of me. I closed his eyes and mouth and prayed that he’d rest for eternity. I already knew he raised a daughter alone because he told me everything about his family. His wife passed away from the time his baby daughter was born. It was not hard to locate his daughter but I didn’t know how to say it.
I stood up, carrying the dead body of Master Gonjou. I left on the battlefield and left everything including myself as a proud warrior samurai. When I arrived at the river while carrying the dead body; I offered prayers and let the dead body was floating in the river riding on a small boat while on fire. 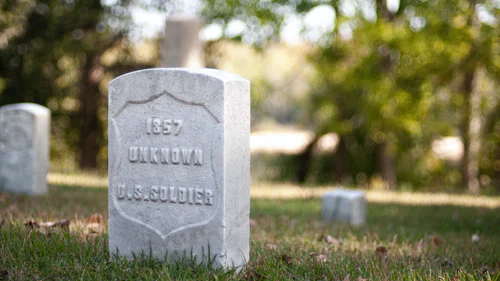 From unsplash by The Silverdalex

Redeeming my senses to get back on my knees after crying endlessly. I decided to move on as I was worried about the daughter of Master Gonjou since she was living alone. I cleaned myself to go into Master Gonjou’s house to meet his daughter.

“”Woooshhh,,,SSShhhh”
I alerted myself and looked around upon hearing those sounds. I didn’t see anything but only moving leaves because of the strong gust of wind. I loosen my shoulder by releasing a heavily breathing.

“Maybe I’m just exhausted because of the last battle.”
I was talking to myself while walking toward Master Gonjou’s house.

“My eyes”
I whispered while rubbing my eyes and blinking a few times. I felt blinded by the morning sunlight because of no sleep. I continued walking even though I suddenly had poor eyesight because of the brightness of the sun. I just immediately walk to arrive at the house and rest first but I fell down when I misstep the wrong stairs. My mind was thinking of rolling to regain my stance but I was beaten up. My body wouldn’t follow what was my brain wanted to do.

“Father”
A little girl went outside, maybe 7 to 8 years old called his father. My heart felt like being stabbed with a knife because of the pain. Seeing a cute little child who was embarrassed because she was just too excited to see his father. She pulled me and helped me to stand.

“Are you okay, Mister?”
She asked and for instance, I saw myself hugging her while crying. I felt sorry for her and of course for Master Gonjou too. This young lady would be lonely for sure without her father.
“Yeah, I’m fine”
I forced myself to smile and to lie about what I was feeling inside. She was still young and couldn’t understand what was going on.

“What are you doing here, Mister?”
She looked really innocent but for her young age, I could tell she was brave.

“My name is Ranga. Your Father is my Master and we went together many times with the same mission.”
I introduced myself so she wouldn’t feel uncomfortable with me. Slowly, I could see her becoming gloomy hearing I was a friend of her Father. I kept talking about how amazing was his father and she began to feel comfortable with me.

“I know my father is so amazing, Mister. In fact…,”
She started telling their stories from the past. She even stood up and showed pretty expressions while commencing actions. She was so cute telling stories about his father.

“Yeah, your father was so amazing.”
I almost let a single tear drop as I remembered how nice Master Gonjou was to me. I was abandoned by my parents and Master Gonjou was the one who raised me and trained me to be a samurai. I just turned my back on her and controlled my emotions.

“By the way Mister, why are you here alone? Where is my father?”
A sudden question that I was waiting for but it was hard to answer when it was time.
“Actually, your father was asked to complete a mission that only he could do. I was his trusted friend, so he sent me to accompany you while he is still away.”
She was in silence and the joyous faces recently faded.

“Your father is amazing, right? I’m sure he will return.”
I tried my best to encourage her after seeing her begin to feel down.
“Yes, Mister”
She agreed and showed a fake smile.
She then left and I felt my eyes were closing. I decided to rest on the balcony. 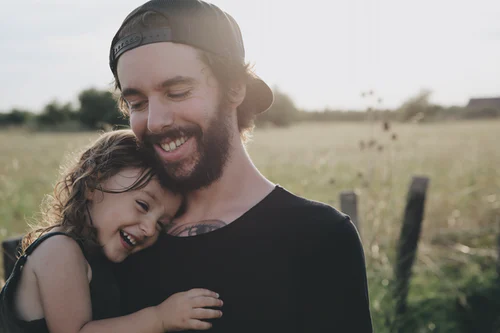 From unsplash by Caroline Hernandez

“Master Gonjou!!”
I woke up all of a sudden when I saw Master Gonjou in my dream.
“Anya?”
I saw the little child sitting on the balcony a little bit far from me, obviously desperately waiting for her father.

“Did you know my name, Mister?”
She was surprised when I spoke of her name. I thought I only whispered it.
“Yeah, Master Gonjou told me about you all the time.”
“Really, Mister?”
She replied with a curious face to hear more about what her father said. She was so happy hearing it and without noticing, days passed telling her those stories. We became friends and she became comfortable with me. One week passed without seeing her father made her sad and lonely.

“Mister?”
I was outside that time watching the heavy rain with thunderstorms and let my thoughts wander. Anya went outside her room and approached me. From her expression she was afraid.
“Come here”
I offered myself to be a hugging pillow to her. I opened my both arms wide and let her come.
“Mister….”
“I miss my Father so much.”

Poor Arya, she cried as she could. I felt her pain not just from her tears but from her mourning agony. Perhaps she couldn’t bear the loneliness and longing for her father any longer. I was patting her head even though I felt like crying too.
“Don’t you worry, Uncle Rang is here for you. I will never leave you for sure.”
She kept crying and it felt so sad. I could tell from her hug became so tight while she continued crying. I continued patting her head until she fell asleep.
“Sleep now my dear Arya, Uncle Ranga will take care of you.”
I whispered while thinking about the promise I accepted from Master Gonjou.
“Master…”
“I promise that I will take good care of your daughter as you took care of me.”